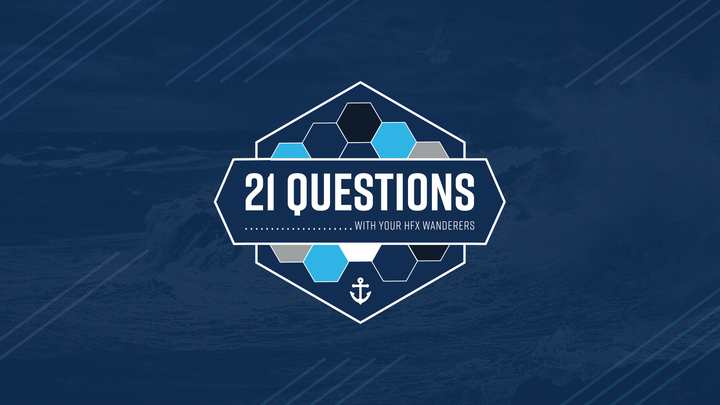 Our roster is taking shape, so we’re starting a brand new campaign called 21 Questions with your HFX Wanderers. Our Social Media & Community Coordinator, Danae Iatrou, is getting in touch with our Wanderers each week to see who they really are.

We know these guys are fantastic athletes, but there’s a lot we don’t know. Danae will be asking all the questions, from our Wanderers biggest pet peeve, to their ideal vacation. Continue reading to learn a bit more about our most recent signings from Trinidad & Tobago.

Danae: What is the most exciting aspect that comes with the big move to Canada?

Akeem:  I’ve never been so I’m just excited for the experience. I heard it’s very cold, but it’s very hot here in Trinidad, so it will be a nice change. I know I will adapt to the cold no problem. Also, I’ve never seen snow, I’m very excited to see snow!

Danae: Which famous professional footballer would you compare your skills to?

Akeem: Eden Hazard – we play the same position and we are both versatile, I usually try to copy his game play. I like his style, he’s tricky and very strong, just like me.

Danae: What sport would you play if soccer/football didn’t exist?

Akeem: Cricket – its huge in Trinidad! It’s our number one sport tied with football.

Danae: What is your biggest pet peeve?

Akeem: Cats!  I mean, I don’t hate cats, I just don’t like them around me. They creep me out and you just can’t trust them!

Danae: Who is your biggest fan?

Akeem: My younger brother Aedan, he’s 3 years old. I wear number number 10 here in Trinidad and he wants number 10 printed on all his shirts so he can be like me.

Danae: So Jan, if you could have dinner with one player in the world who would it be?

Jan: Ronaldinho, for sure….Or maybe because I’m a goalkeeper Buffon because he is world class and I love Italian food.

Danae: What are you most excited for with your move to Canada?

Jan: Being with Steve again. I played 14 years on the national team, and I had the best time when Steve was in charge. I was nominated as CONCACAF goalkeeper of the year twice under Steve, I really excelled when he was in charge. I’m hopeful he can get me back to that level with the Wanderers.

Danae: What sport would you play if soccer/football didn’t exist?

Jan: If football didn’t exist, the world wouldn’t exist. Football is the greatest sport on the planet!

Danae: What advice can you give to young players trying to make it big?

Jan: Stay close to God and family, because they will be the ones who help you through the tough times. We never see the hardships but they are there. You need a good support system to get you through those bad days.

Danae: Our supporters group, the Privateers, are already calling you Big Bad Jan, do you approve?

Danae: What would you be if you weren’t a footballer?

Jan: Do you want my professional answer, or my real answer?

Jan: For now, I can only give you my professional answer, maybe later I will tell you my REAL answer….But for now, I think I would make a great fireman!

Danae: Would you consider yourself shy and introverted or outgoing and more extroverted?

Danae: Short corners, what do you think about those?

Andre: I don’t like them that much, mostly because I do well in the air. I can usually score off set pieces.

Danae: What was the highlight of your football/soccer career?

Andre: I’m young and this is my first professional contract, so of course, joining the HFX Wanderers FC!

Danae: What do you think you would be if you weren’t a footballer?

Andre: I would probably be in the army, serving my country.

Danae: What edge will you bring to the pitch?

Andre: I will bring energy, drive, and positivity. I play with a lot of passion and will work hard for the Wanderers.

Danae: What’s your favourite part about being a defender?

Elton:  As a centre back, the chance to be in the middle of everything and being vocal. I can play in the midfield as well, I love being in the centre of the action.

Danae: Our fans are going crazy over your name, do you even like Elton John’s music?

Elton:  I do! The Circle of Life is a good one, I also loved the Lion King as a child.

Danae: What was the best goal you’ve ever scored?

Elton: In high-school, I was 17 years old and the captain of the team. We were playing in the final match, it was 0-0 and time was running out. I took it on myself to lift the team and decide the match. It was the dying minutes of the match, I received the ball 35 yards out, put it on my right foot, and just hit it. It was a rocket and went top right corner of the net to win the match. The commentators started calling me the Rocketman and that’s when the nickname really caught on.

Danae: What do you think about your nickname, The Rocketman?

Elton: I welcome it, the fans have fun with it, and it makes them happy, so I’m happy!

Danae: What is your biggest pet peeve?

Elton: Bad taxi drivers, we have a lot of them here in Trinidad, I hope they are better in Canada!

There you have it, a little more information on our signings from Trinidad & Tobago. Stay tuned as our next edition of 21 Questions with the Wanderers will be coming soon!