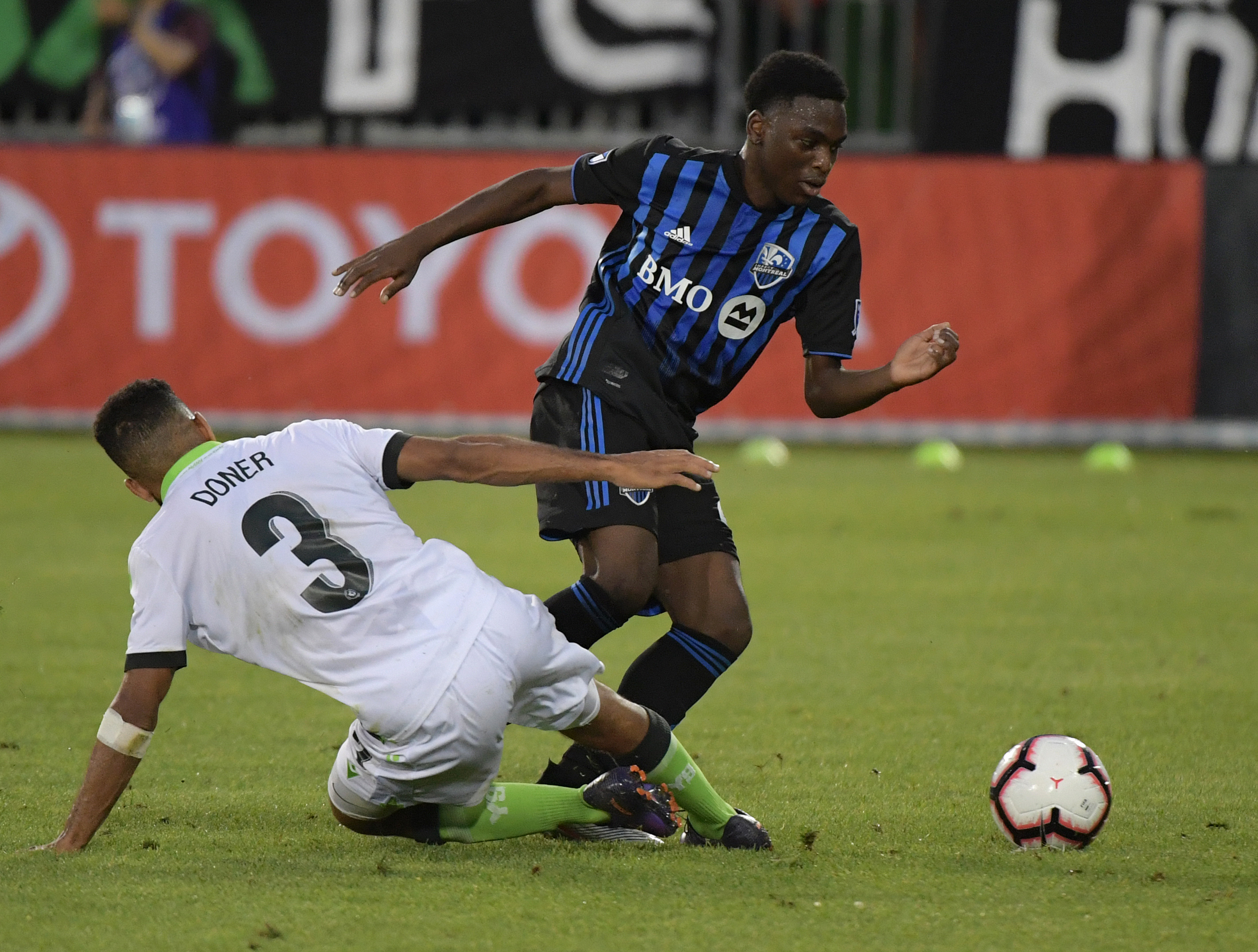 Eagle-eyed (or is it eagle-eared?) Canadian soccer observers came across a rare occurrence last week: Music produced by a CPL player.

“It took me six, seven months to even listen to it,” Kinumbe told CanPL.ca, adding that he finished recording the song late last year.

“I had the file for a long time. It was an attempt. I knew some aspect (of it) I wouldn’t like or something I would want to change, and when I listened to it finally I just thought it sounded terrible. Hearing your own voice is so strange.”

Kinumbe’s first foray into music, which came with spooky-yet-modern imagery on his Instagram account, comes at an interesting time for the 21-year-old. Released by his hometown Montreal Impact last Fall, the speedy Canadian youth international found a new home in Halifax when he signed with Stephen Hart’s side in January.

But after a few weeks with the Wanderers (including a lonely 10-hour drive), Kinumbe is now back in Montreal.

🌙 Days At Night UP NOW!! Hi its Keen. I've been holding on to this one for a while. super excited to share with y'all. ENJOY!! This is an invitation to join me nd some quarantine entertainment GOD BLESS . STAY SAFE . TTP !LEGOO

The Montreal Impact Academy graduate made his debut for the Impact last season in a 2-1 win over eventual MLS Cup champion Seattle Sounders. From there, Kinumbe featured heavily in their Canadian Championship run – most notably against York9 FC in the quarter-finals – before a knee injury left him sidelined for the rest of 2019.

His first run-in with a CPL club was a famously difficult one for the eventual Voyageurs Cup champions; a 2-2 thriller with strange goals, a shaky beginning, and ending with a near-upset.

“That was a tough game for us [the Impact],” Kinumbe admitted. “We started so weirdly, so disjointed. We all looked around and thought of ‘okay, what’s going on’. They were playing so well and put the pressure on.

“The CPL players could compete, that was an interesting element.”

As an MLS fringe player, Kinumbe had a chance to jump to the CPL this past off-season, as Hart and the Wanderers were quick to make him an offer.

“From there it was looking up the city, looking at what we can do with this club in the future and what we can do here if we win,” Kinumbe said. “It will be big for Canadian soccer here, too, if we can win.”

But before Kinumbe can make history with the Wanderers, he’ll be making history on GarageBand. To CanPL.ca’s knowledge, he’s the only active Canadian professional soccer player making music, at least publicly.

Kinumbe says there’s an album on the way, too, along with other artistic endeavours.

“Expect a lot of things, video, art, it’s not just going to be rap. I’m already working through some other ideas,” Kinumbe said. “Even some people in Halifax have offered me to come through [to their studio] when I’m back.”

So, will we hear a Keen track played over the speakers at Wanderers Grounds any time soon?

“Ha, yeah that would be cringe,” Kinumbe joked about hearing his own song during a warmup session.