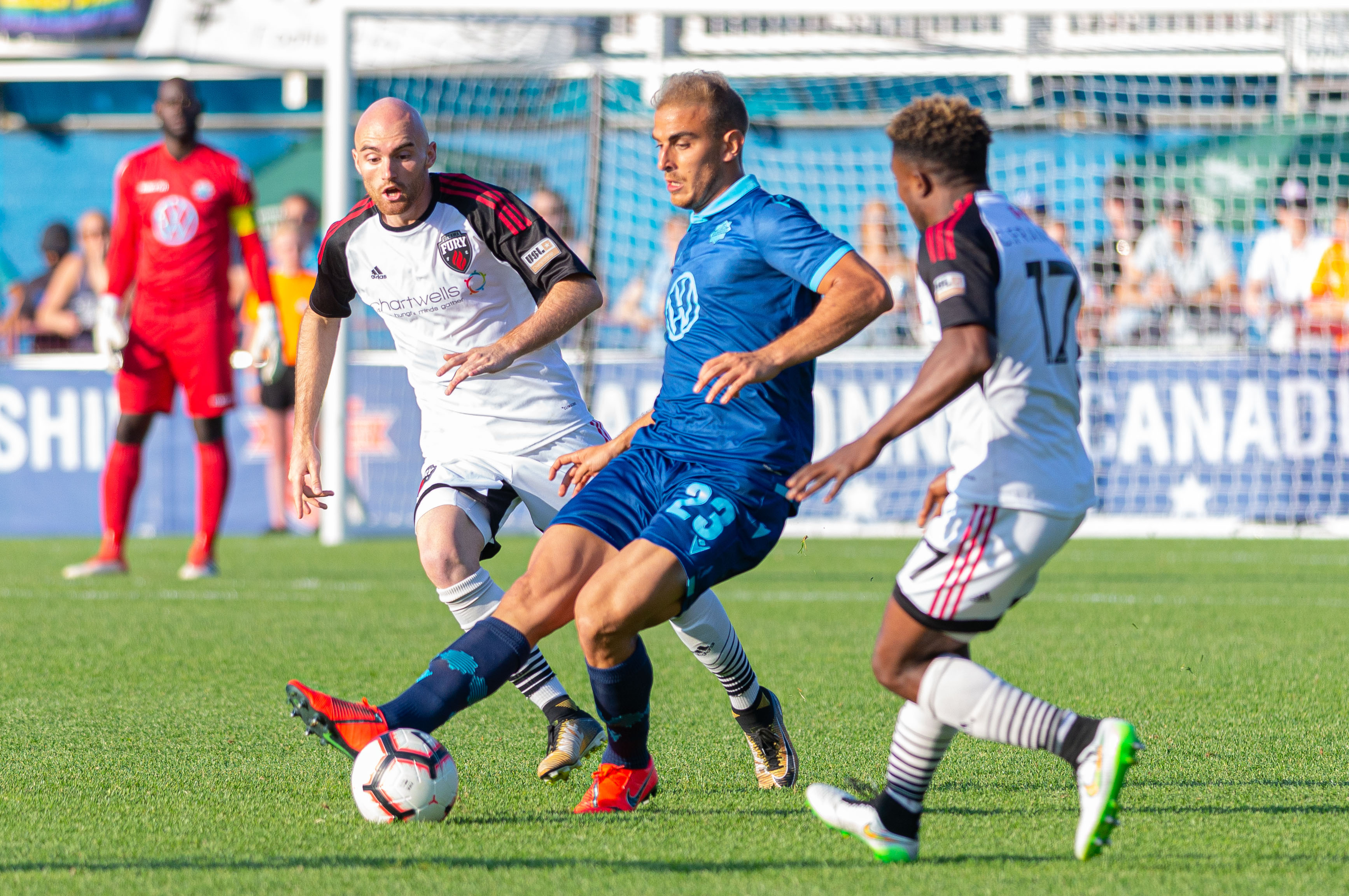 It seems fitting Jérémy Gagnon-Laparé ended up in Halifax and with HFX Wanderers FC.

Gagnon-Laparé, 25, signed with the Wanderers last month to a two-year contract for the 2021 and 2022 Canadian Premier League season, with an option for 2023.

The Canadian men’s team midfielder/defender (more on that later) comes from a small town in Quebec’s Eastern Townships called Magog – about 30 minutes from Sherbrooke – and in signing with the Wanderers he has landed with the CPL’s most “hometown club.”

Magog is a small, intimate place, and so is Halifax, something Gagnon-Laparé discovered while he was on the pitch at Wanderers Grounds in 2019 when his Ottawa Fury side faced HFX Wanderers in a first leg, second round match of the Canadian Championship

RELATED READING: CPL off-season roster tracker: Who’s in and who’s out for 2021?

“It’s the first thing I think of,” Gagnon-Laparé recalled after signing with the Wanderers. “The atmosphere was electric, you could really sense that. It wasn’t a real rivalry between Ottawa and Halifax but you could feel the tension in the matchup between the USL and the CPL.

“The game we played there was probably one of the best atmospheres we got all season, including the other places we played in USL.”

Gagnon-Laparé became available when his USL team, Saint Louis FC, folded after his first season with the side. While in St. Louis, he made nine appearances, several of which came alongside recent FC Edmonton signee Paris Gee.

Gagnon-Laparé began his career with Montreal Impact – now Club de Foot Montreal – and their youth system. Graduating to their USL side in 2015, Gagnon-Laparé made 29 appearances alongside current CPLers Masta Kacher (Valour FC) and Johnny Grant (Forge FC) before joining the senior team in MLS, where he made seven appearances in two seasons.

He went on loan to Ottawa Fury in 2015 before signing with French side Vitré in 2017. He has earned five caps for the Canadian men’s national team – 18 across various Canadian youth levels – and played a pivotal role in Canada’s previous Olympic Qualifying campaign, playing all but 19 minutes in five matches as the Reds finished in third place.

The Wanderers, specifically coach Stephen Hart, was the first team to show interest in the former Ottawa Fury standout after St, Louis folded.

“The first real opportunity to manifest itself was the Wanderers and they looked pretty keen on having me,” Gagnon-Laparé said.

When asked about possibly returning to the nation’s capital, where he played the 2018 and 2019 seasons with the Fury, Gagnon-Laparé said Atlético Ottawa did not approach him: “Halifax came knocking first. That was the main thing for me.”

As for his preferred position on the field, Gagnon-Laparé told CanPL.ca early discussions with Hart focused on a central midfield role.

“That’s where I feel most comfortable playing, that’s where I grew up playing, and where I got most minutes throughout my career. The second one would certainly be left back where I played in St. Louis and in Ottawa,” Gagnon-Laparé said, before taking an aside to mention his role as a false nine forward against the Wanderers in the aforementioned Canadian Championship.

“I can play a bit deeper or higher – I really feel like I have the capacity to play both of these roles pretty well. Against Halifax, I played as a false number nine but that was circumstantial – we had a bunch of injuries. [Hart] really liked my versatility, which is a pretty big strength in a squad with only 23-or-so players.”