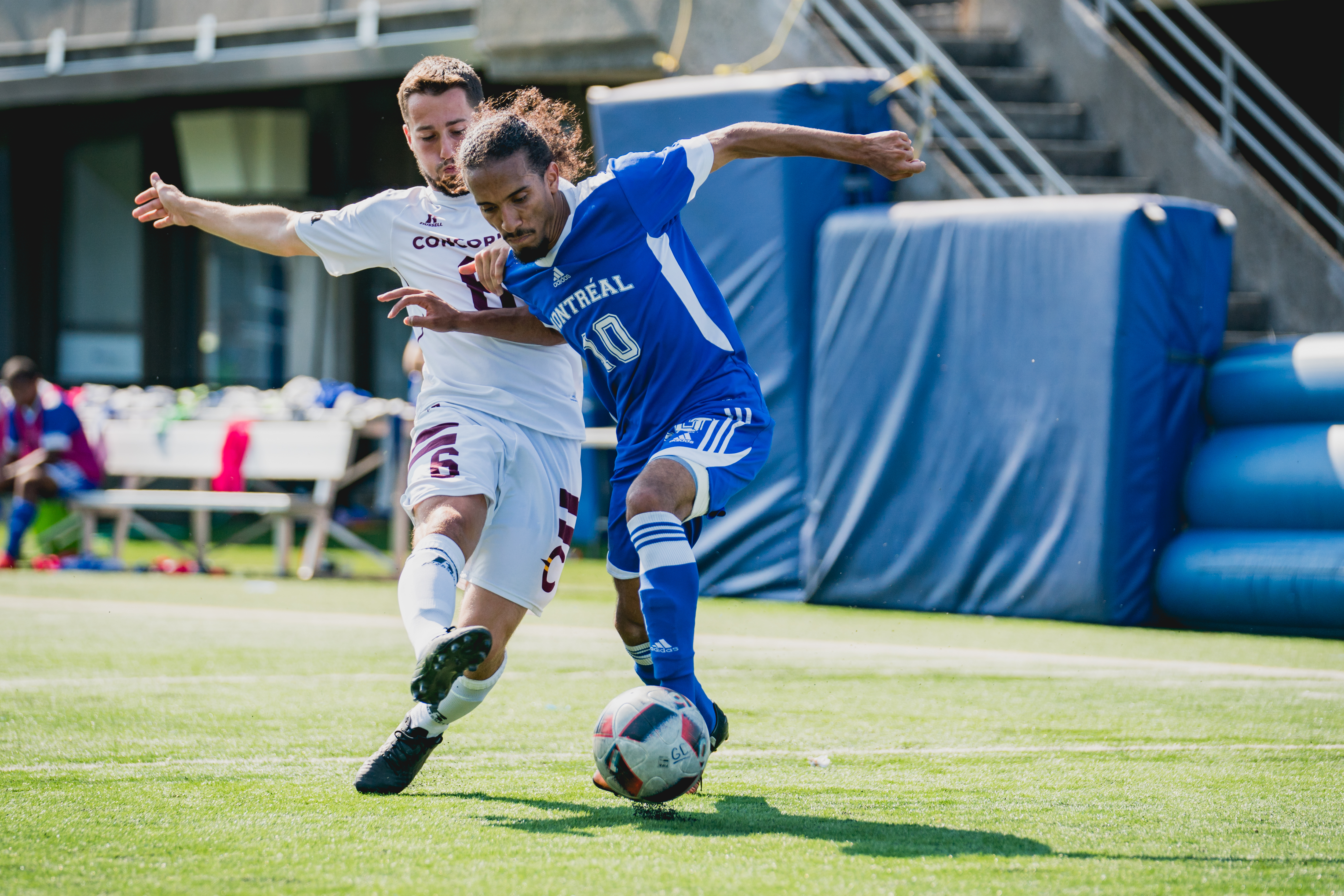 Omar Kreim’s professional career as we know it wouldn’t exist without the U SPORTS National Championship.

The 25-year-old Kreim joined HFX Wanderers FC from the University of Montreal this winter, completing a dream move to the CPL after playing in three consecutive U SPORTS championship finals, and winning the 2018 edition with fellow HFX signee Aboubacar Sissoko.

Last week, U SPORTS formally canceled its fall national championships for 2020 due to COVID-19 concerns, leaving CPL hopefuls at schools across the country, including those at Kreim’s alma mater in Montreal, without a year-end professional showcase.

“It’s so hard for these players who want to [display] their skills – the [U SPORTS Championship] is when you make a name for yourself,” Kreim told CanPL.ca.

“It’s very hard for them, especially the fourth and fifth-year guys – finishing their schooling and ready to launch their professional career. In Quebec, the season isn’t canceled, so there’s still hope for a provincial championship.”

Kreim was spectacular on U SPORTS Championship weekends. He was named MVP of the 2018 final after making the pass that led to the Carabins’ winning goal in extra time. His University of Montreal side came up short in an all-Quebec finale against UQTR Patriotes in 2019.

Those U SPORTS Championships were the first to be tied to the CPL-U SPORTS Draft, a connection between Canadian university soccer and the professional ranks. Kreim, while undrafted, had interest from CPL clubs – including HFX Wanderers – as early as 2018.

“When I went into the national championship [in 2018] I knew Halifax wanted me,” Kreim said. “Stephen Hart liked the way I played. But I knew I needed to show them I could operate at this level.”

Kreim remained in Halifax during the recent COVID-19 lockdown and is part of the Wanderers group in phase two of return-to-training – with five players per half, social distancing still required.

“We’re approaching normalcy,” Kreim admitted. “For me I’m very happy but it’s a bit weird at the same time. You’re used to saying ‘hi’ to the guys or shaking the coach’s hand.

“Our coaches have to remind us to ‘keep our distance’ all the time. It’s funny.”

Kreim, who can play anywhere across the frontline, predicts a significant role for himself on the Wanderers’ right wing when play resumes, slotting in as an inverted winger.

A versatile option for Wanderers, Kreim has a vision and clarity when it comes to his professional career. After all, the law graduate is wearing glasses in his official Montreal Carabins headshot.

“We took the photo and I noticed right away,” Kreim joked. “I told the photographer I’d take them off but the guy said no no the photo is good, so we went with it.”

Kreim played with York9 FC standout and CPL Best Under-21 Canadian nominee Diyaeddine Abzi for several years in Quebec. At 17, the mature Kreim knew his fellow Moroccan-born footballer was a “very special” prospect, who would impress at AS Blainville in the Canadian Championship before jumping to York9.

“We used to call him ‘Di Maria,’ he was playing right wing,” recalled Kreim, comparing the now mostly left-sided Abzi to gangly Argentine midfielder Angel Di Maria. “He played the same way as him; cut in from the left and score bangers. We played three or four years together.”

Kreim joins a new wave of Quebec talent in the CPL this season, including PLSQ prospect Michel Djaozandry, Cavalry FC’s Mohammed Farsi, and his Halifax and Carabins teammate Sissoko.

Kreim, who faced Abzi in the 2019 Canadian Championship as a member of AS Blainville, said all Quebec players need are avenues to the professional game and, for now, the U SPORTS Championship isn’t one of them.

“CPL clubs, particularly Halifax, are starting to value Quebec players and it’s a good thing because there are a lot of PLSQ and university players ready for the level, they just don’t have the opportunities,” Kreim said.

“Halifax knows the talent is there – and it’s ready to be taken.”