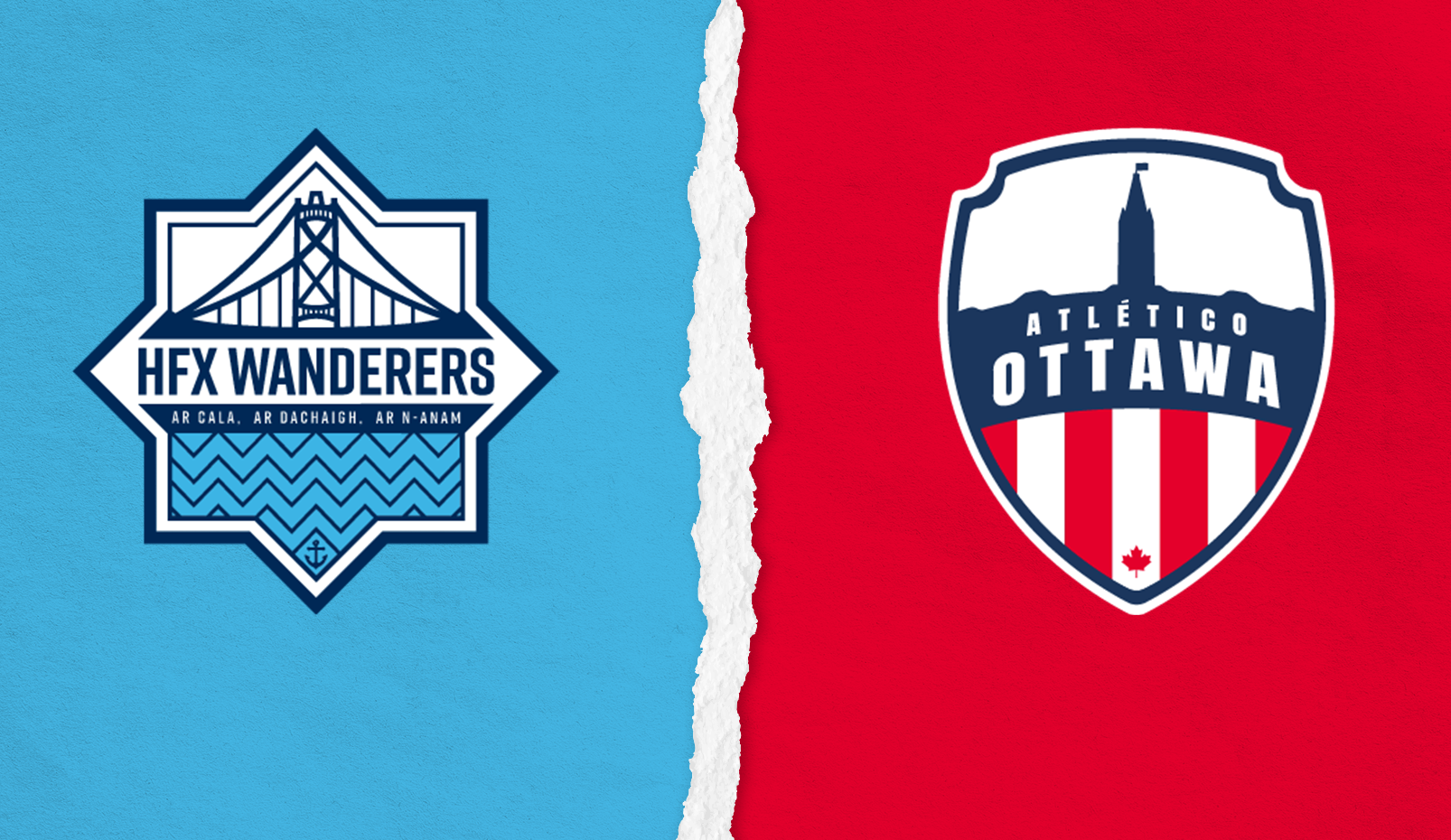 In addition to its website and app, OneSoccer is now available on TELUS channel 980 and on Fubo TV. Call your local cable provider to ask for OneSoccer today.

The Canadian Premier League’s top team heads into Halifax on Saturday looking for a clean sweep of the season series against the host Wanderers. Atlético Ottawa has won all three meetings between the two sides so far this season.

The last time they did so came in dramatic fashion during a 3-2 victory in the nation’s capital. After Halifax’s Sam Salter had equalized from the penalty spot during stoppage time, Ivan Pérez scored mere moments later to give Atleti a famous victory.

Unlike the other three matches being played this weekend across the league, this one has no playoff implications. Atleti is the lone team to have clinched a postseason berth, while Halifax’s loss to Pacific this past weekend eliminated them from playoff contention.

Atleti, meanwhile, could make their worst to first narrative official as they do have a slim chance to wrap up the regular season title this weekend in Halifax. A win for them at Wanderers Grounds, plus a loss for Forge and a loss or draw for Pacific would see Ottawa awarded the honour.

Currently the only team with a playoff spot locked up, @atletiOttawa are flying high at the moment 🔴⚪️

Will they be able to hold on to become the #CanPL regular season champions? pic.twitter.com/2wG9uaVFns

The match will be Halifax’s final at home this season, and with that in mind, they will be looking to put on a good performance in front of the crowds that have stuck with them all year at Wanderers Grounds.

“We would like to end the season on a positive note, on a competitive note,” said Wanderers head coach Stephen Hart. “It is fan appreciation day, so we want to show that appreciation.”

Prior to Tuesday’s 2-0 loss to Pacific FC, Halifax had been quite good at home, going without a loss in four home matches before that midweek clash. Those were also the only two goals that they have allowed in the past four matches, and they have four clean sheets in their last six.

The 2022 #CanPL season didn't go as planned for @WatchfulEye64's @HFXWanderersFC side, partly due to losing star @Jmorelli_96, but the effort never wavered, and they never forgot who they were playing for ⚓️

Here's a look at their season thus far ⬇️#CanPL I @onesoccer pic.twitter.com/1qnSUUbrfh

Ottawa, meanwhile, hasn’t lost since August 13 — a stretch of seven straight. Last weekend they clinched a playoff spot for the first time in club history with a statement 3-1 victory over Cavalry FC at Spruce Meadows.

They too have been in good defensive form. Ottawa hasn’t allowed more than a single goal against in a match since that August 17 meeting with Halifax, who scored twice that night in the aforementioned 3-2 loss.

After scoring a goal of the season candidate last weekend against Cavalry, Ballou Tabla will miss this match for Ottawa through suspension for yellow card accumulation.

Make your match picks prior to kickoff at canpl.ca/predictor for a chance to win prizes, including the grand prize of a trip to the 2022 CPL Final! To learn more about ComeOn!, click here.

“Ottawa with the announcement from the commissioner that the winner of the league will be recognized and of course receive prize money, Ottawa would dearly love to finish first. So it is their ambition to come here and get points, last time they did it… we are in a position where we would like to be spoilers of that. Our competitive nature should kick in because of the disappointment of everything that has happened. ” — HFX Wanderers head coach Stephen Hart