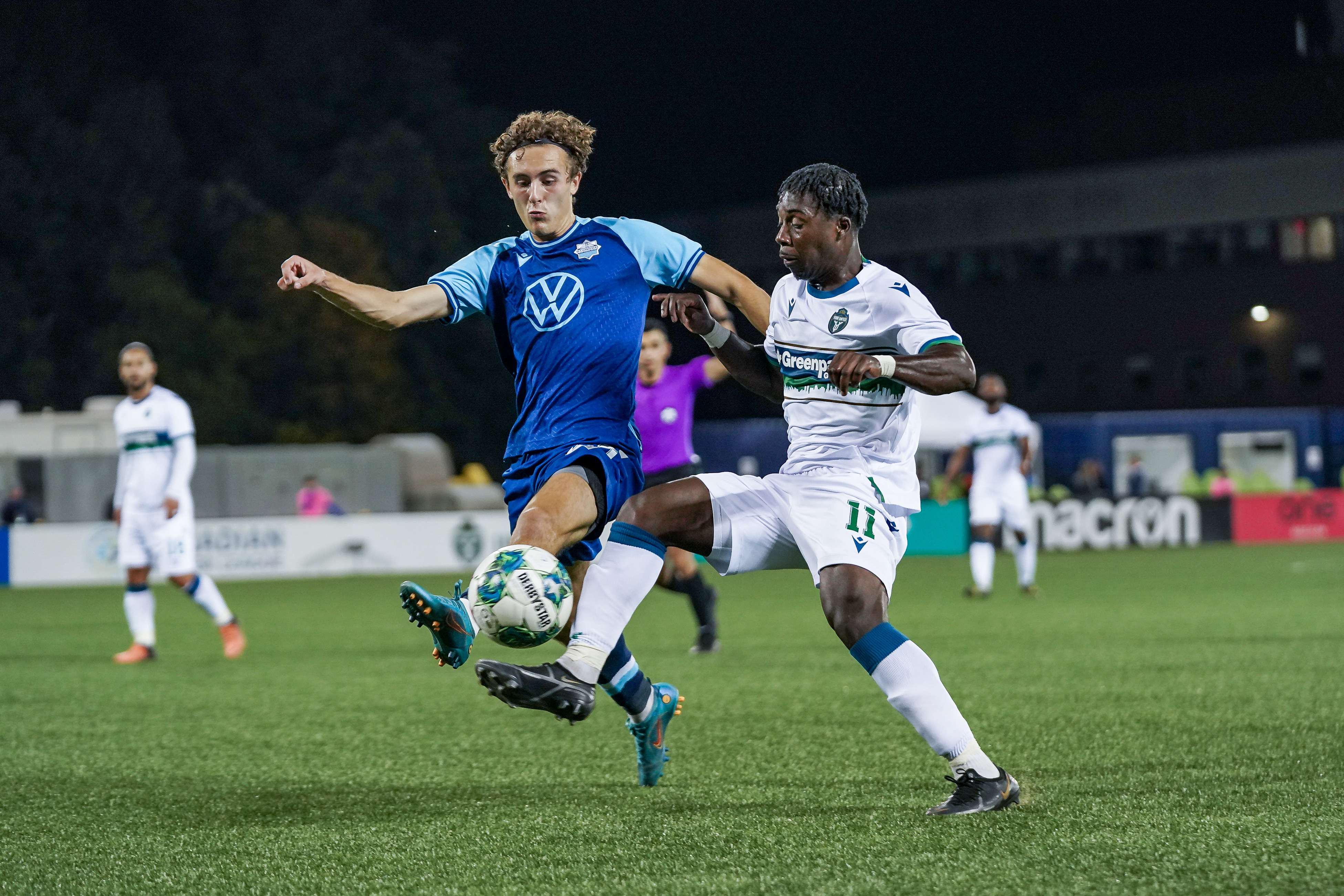 York United and HFX Wanderers settled for a 0-0 draw at York Lions Stadium that will ultimately benefit neither team as they try to stay mathematically alive in the playoff race.

While the draw means York will live on for at least another matchday, HFX will now be eliminated from playoff contention should Cavalry win or draw this weekend and one of Valour or Pacific wins their match, or if both Pacific and Valour win.

York had a decent early chance off of a corner kick as the ball found its way through to Tass Mourdoukoutas in the middle of the HFX box, the defender, however, flubbed his shot slightly and the visitors were able to clear without further danger.

HFX settled into the nicely, however, and had their first shot on target in the 19th minute after some good interplay between Sam Salter and Jérémy Gagnon-Laparé, the latter had a strike towards goal but it was easily collected by Eleias Himaras.

They came close in the 21st minute, as a whipped-in ball from Fumpa Mwandwe went over the head of Himaras in the York net and narrowly past the far post. Mwandwe had an even better chance moments later, after some excellent play from Andre Rampsersad, the Halifax striker dragged his shot just wide of the target.

Both sides were forced to make adjustments through injury in the first half. York captain Roger Thompson was replaced by Paris Gee as the fullback returned from injury himself. Gabriel Escobar, meanwhile left the field in the 22nd minute for Halifax and was replaced by Obeng Tabi.

Gagnon-Laparé’s effort was the only shot on target from either side during a match where neither side was able to really make the most of getting into some good positions. The match remained 0-0 at the half.

York started the second half on the front foot as Mo Babouli won a free-kick less than a minute into the half just outside the top right corner of the Halifax box. Babouli’s delivery, however, was easily cut out. Five minutes later, they won another free kick on the opposite side of the box, but were unable to create anything from that, either.

The clubs traded chances again in the 55th minute. First, it was Mwande who again broke through, but had his shot saved well by Himaras. Then Ronan Kratt had a pair of opportunities to play in teammates both got it all wrong and ended up taking a harmless shot.

Knowing that his side needed some added attacking push, Martin Nash made a pair of attacking substitutions in the 64th minute, bringing off Ronan Kratt and Lisandro Cabrera for Isaiah Johnston and Max Ferrari.

It was Halifax, however, who came closest next with more brilliant ball control from Rampersad who hit a long-range shot that forced an excellent save from Himiras.

Hart then shuffled his deck in the 84th minute, bringing on Ryan Robinson and Ludwig Amla to replace Mwandwe and Sam Salter.

York had a flurry of half chances late in the match, but ultimately were left to rue a game where they got into good positions on several different occasions, but were unable to really test Keiran Baskett in the Halifax net. With the draw, York and Halifax are now six and seven points out of the fourth and final playoff spot, respectively.