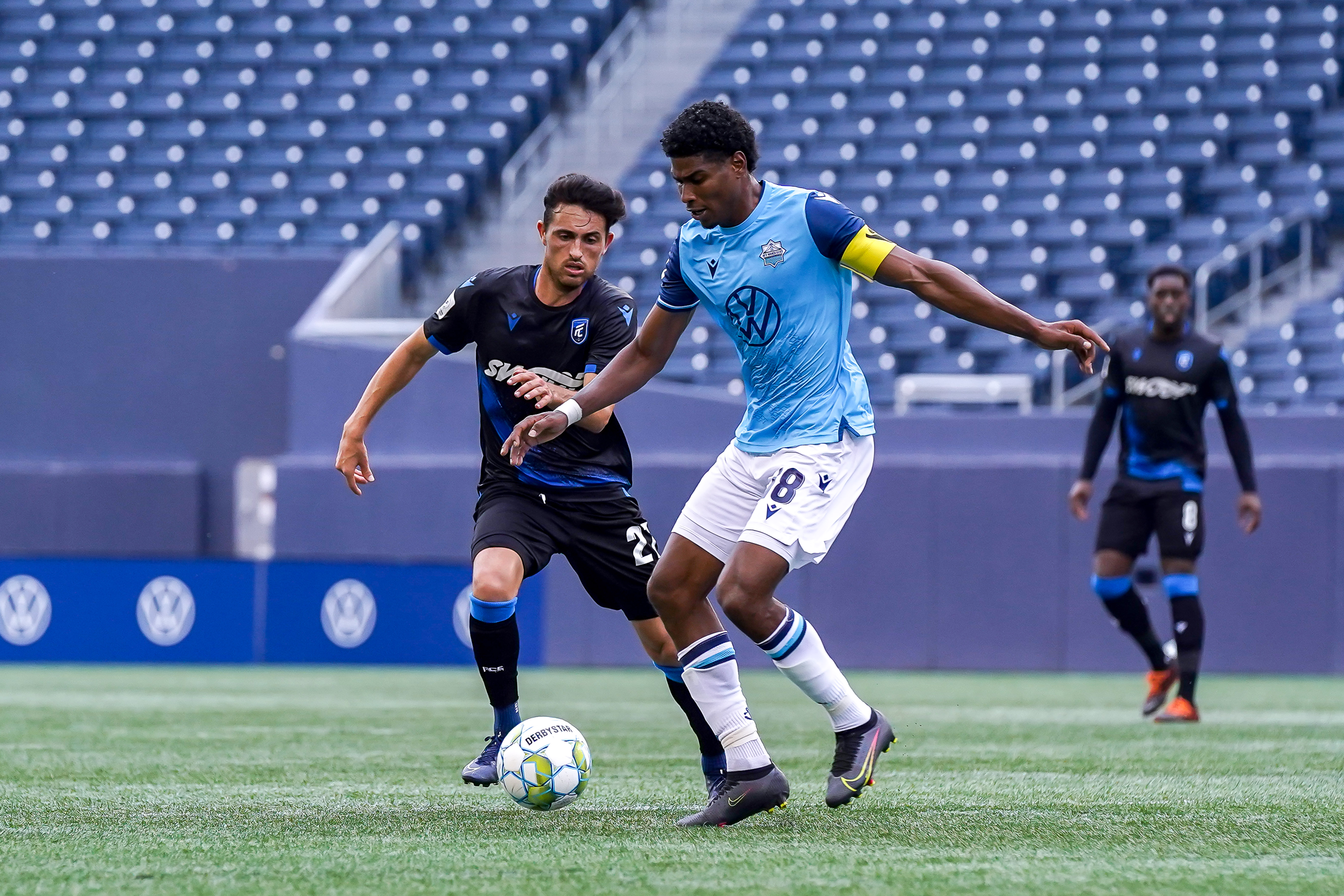 FC Edmonton snagged a 1-0 midweek win over HFX Wanderers FC Wednesday, taking an Easton Ongaro goal to the very end in their penultimate game at The Kickoff in Winnipeg, Man.

The Eddies had several calls go against their way, too, with penalty shouts in the first and second half left their side wanting. Fraser Aird provided the spark coming off the bench, starting with a free-kick fired off the frame of the goal and a follow-up sent just wide.

The winger eventually found his breakthrough by forcing the ball off Halifax defender Kareem Sow and slicing the ball across the box to Ongaro, who slotted home his first of the season and moved to joint-second all-time in the CPL goalscoring charts.

Here are your sights and sounds for Wednesday’s match.

Fraser Aird steals possession back from @HFXWanderersFC before finding his young striker partner, who tucks home his 14th #CanPL goal with ease

"Sometimes, an assist is just as good as a goal, y'know?"