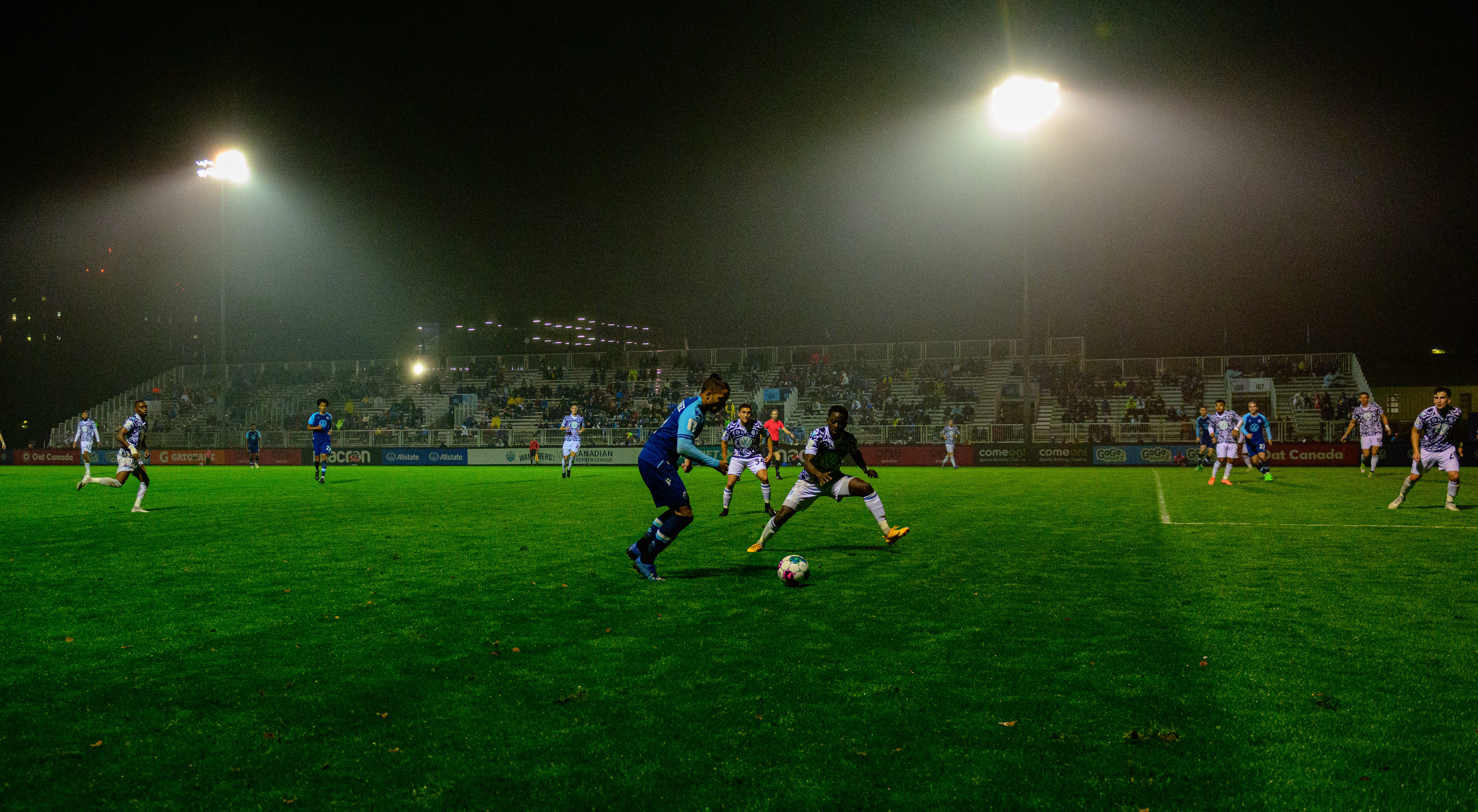 Pacific FC are back in the league’s top four after a 2-0 victory over HFX Wanderers at Wanderers Ground. The loss eliminated the hosts from playoff contention, while the win for Pacific meant that York United can no longer make the postseason as well.

The match, which was twice rescheduled due to Hurricane Fiona, was finally played on Tuesday night. Despite more inclement weather, a great crowd during out in Halifax for their penultimate home match of the campaign.

To help support Feed Nova Scotia, a provincial food bank, after the storm, the Wanderers had fans bring donations and non-perishables to the match.

Here are some sights and sounds from Halifax, Nova Scotia

For tomorrow’s match, we’ve partnered with @Q104Halifax’s Thanksgiv’er to help restock the shelves at @feednovascotia after this weekend’s storm. We encourage our fans to join us in bringing non-perishable food or cash donations to the Wanderers’ Grounds#TogetherFromAways #COYW pic.twitter.com/QoDM5rsniw

🔱 Djenairo Daniels gives @Pacificfccpl the lead late in the first half!

They take an important advantage into the break 👀#CanPL | 📺 @onesoccerpic.twitter.com/yUYHiJe66k