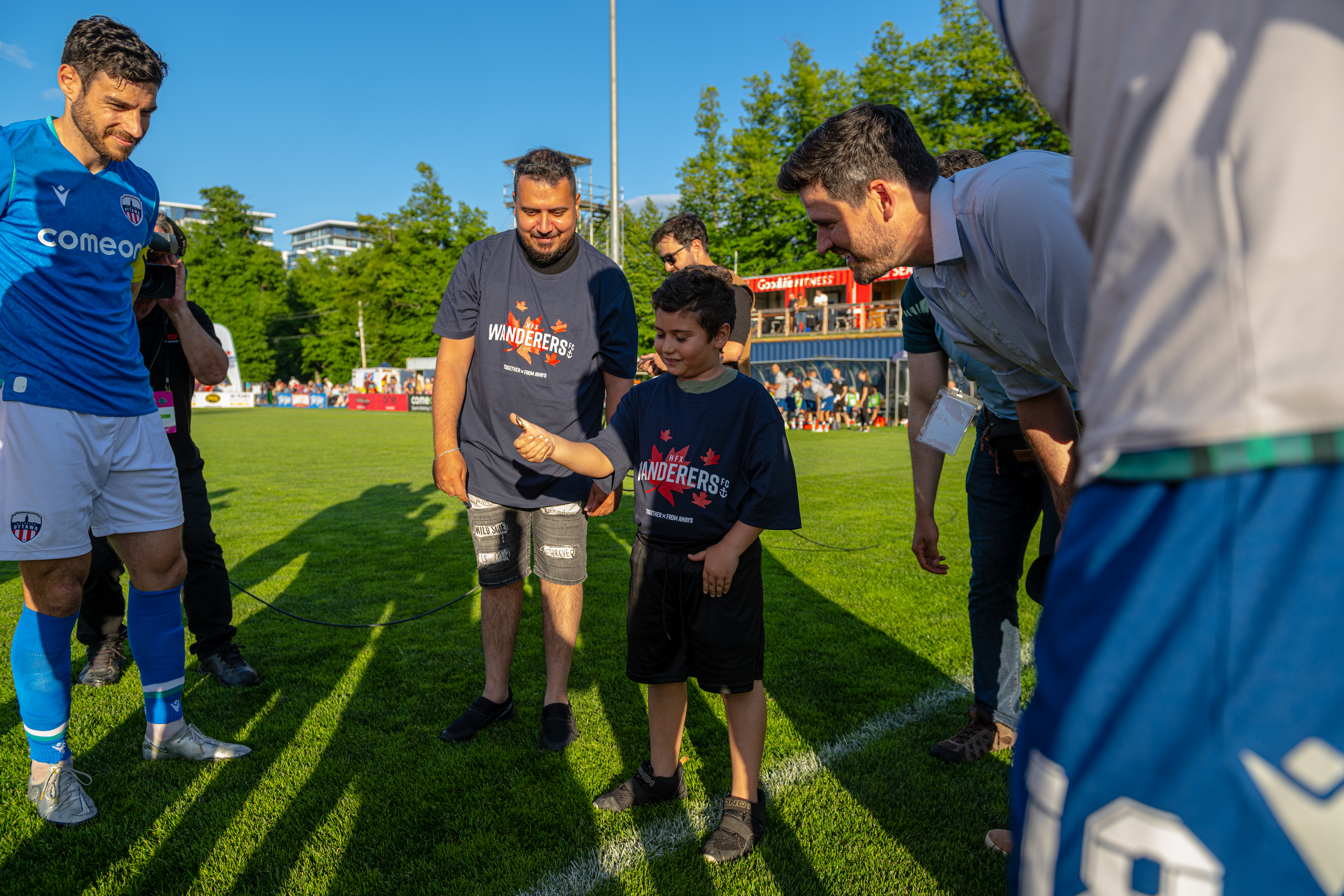 Atlético Ottawa picked up their first-ever win at Wanderers Grounds 2-0 over HFX tonight.

Ollie Bassett scored on a free kick after Sam Salter was sent off, while Miguel Acosta’s late solo effort sealed three points for the visitors.

They did so in front of an outstanding crowd in Halifax, as part of the first annual New Canadian Night. The club partnered with the Immigrant Services Association of Nova Scotia, YMCA Halifax/Dartmouth and local groups to invite 500 newcomers to Canada to the match.

Here are some sights and sounds from Halifax, Nova Scotia.

Moments after Sam Salter was shown a red card, @OllieBassett28 gives @atletiOttawa the lead from a free kick 🎯#CanPLpic.twitter.com/JvGOlnpDCp