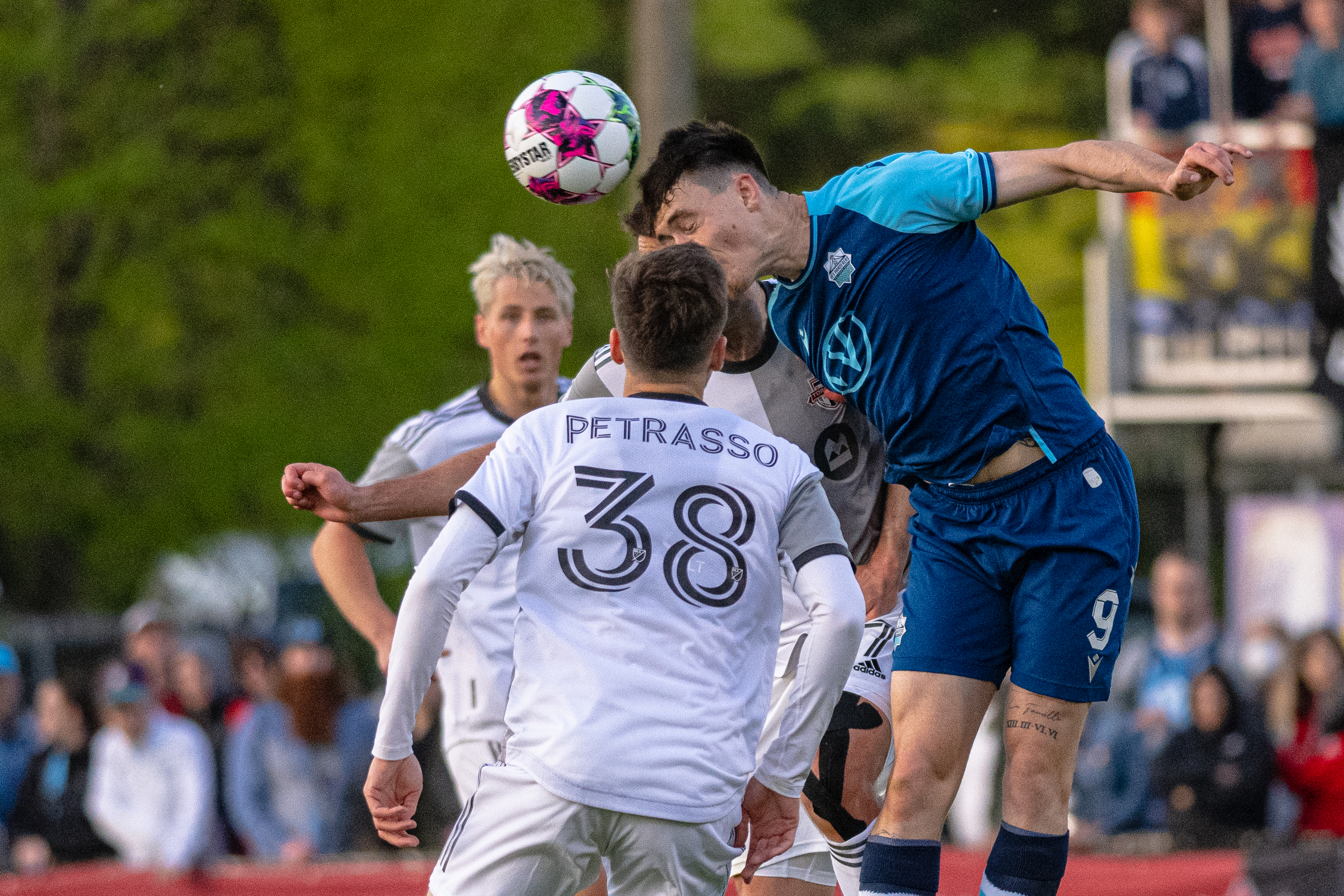 The Halifax Wanderers took Major League Soccer’s Toronto FC down to the wire in a narrow 2-1 defeat in the quarterfinals of the Canadian Championship.

Miss the match? Read the recap and Watch the highlights

The Wanderers captain has earned plenty of plaudits for his play in 2022, and he lived up to his reputation against MLS competition.

Had it not been for an injury substitution, Rampersad was in line to play another 90 minutes. Heading into Tuesday, he had played every minute of every Wanderers match this season.

During his 67 minutes of playing time, Rampersad matched his TFC counterpart Michael Bradley with a match leading 94% pass completion among starters. Rampersad won back possession ten times, won 11 of his 15 duals and made three interceptions in the match.

When Samuel Salter curled a shot into the far post in the second half on Tuesday, the Wanderers Grounds exploded.

SAM SALTER 🤯@HFXWanderersFC draw level 1-1 vs. #TFClive in this #CanChamp clash from a MAGNIFICENT goal from the Canadian forward 🇨🇦#CanPL | 🔴 https://t.co/7JFAUhgjL6 pic.twitter.com/1Q0qegRkNR

The 21-year-old forward and scoring at home have been synonymous in 2022, with the second-year pro finding the back of the net in three of four matches at The Grounds this season.

Before summer even begins, Salter has matched his scoring total in 2021.

Within hours of tickets going on sale, the match with Toronto was already sold out.

6,500 strong came out on Tuesday and showed the country the unique experience of a Halifax Wanderers match.

Fans arrived early and stayed until the end, with the energy reaching its peak as Sam Salter’s shot hit the mesh.

A moment in Wanderer’s history came full circle on Tuesday as Jacob Shaffelburg entered the match in the 69th minute.

Though his entrance was upstaged by the home team evening the score seconds earlier.

From Port Williams, NS, Shaffelburg’s last touches at the Wanderers Grounds came as a member of The HFX Wanderers Atlantic Selects team in 2018.

He would leave his mark in his 21-minute shift, being a part of the buildup of the winning goal.

What they had to say

“The performance of the players was fantastic, excellent first half, very composed. I’m proud of them.” – Head coach Stephen Hart

“Nothing better than scoring at the Wanderers Grounds. Disappointed in the result but I think we showed a lot of character in coming back in this game.” – Forward Sam Salter