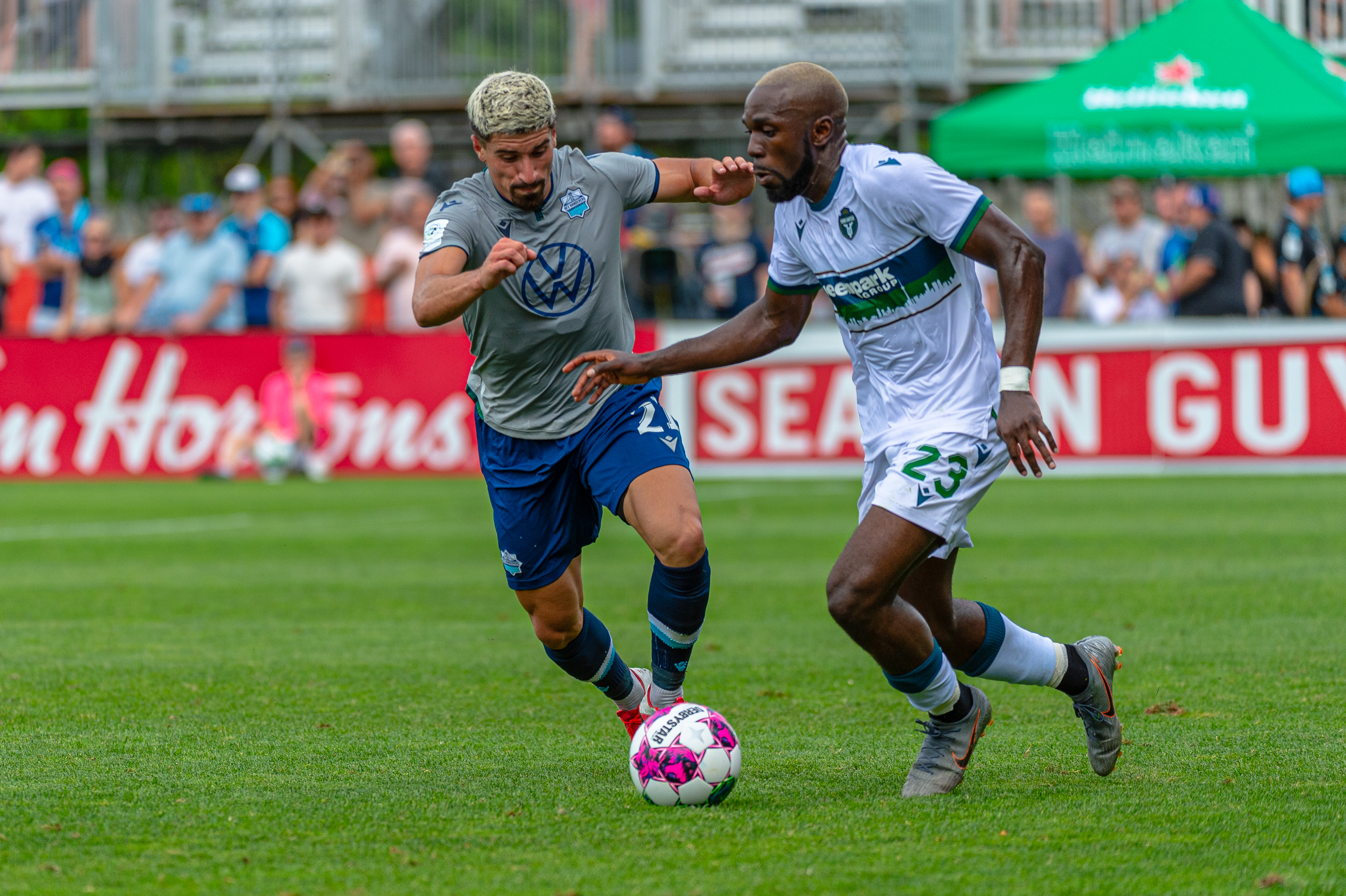 Miss the match? Watch the highlights

Fresh off a team of the week nod in his debut, Fumpa Mwandwe was once again a handful for his opposition defence.

The English forward drew a penalty for a second consecutive match to set up a goal for the Wanderers.

Mwandwe’s runs along the left wing led to several scoring opportunities, the best being a first-half strike that just went over the goal.

Another new Wanderer makes his debut

One week after Fumpa Mwandwe made his debut, the Wanderers announced the arrival of another attacking threat.

Striker Ludwig Kodjo-Amla officially joined the squad on Saturday after a successful trial and got the start on Monday.

The Halifax Wanderers have signed 21-year-old Canadian striker Ludwig Kodjo Amla through the 2023 season with a club option in 2024.

At just 21, the six-foot-four striker adds a new dimension to the Wanderers’ attack and has professional experience after spending 2021 in Macedonia’s top league.

Wanderers getting over injuries

Mour Samb and Kareem Sow returned to the match day roster; Samb was playing his first match in exactly a month.

The Wanderers have a busy schedule in August, and potentially having a full roster available will be an asset.

What they had to say

“A number of times we got into good positions but we didn’t test the keeper enough, we didn’t score. I think we’re getting into the position, just that final quality could have been better.” – Wanderers head coach Stephen Hart

The Wanderers head back on the road this week. They visit Forge FC in Hamilton on Saturday, August 6.

Look back on the match with Sights & Sounds: HFX Wanderers FC 2-4 York United