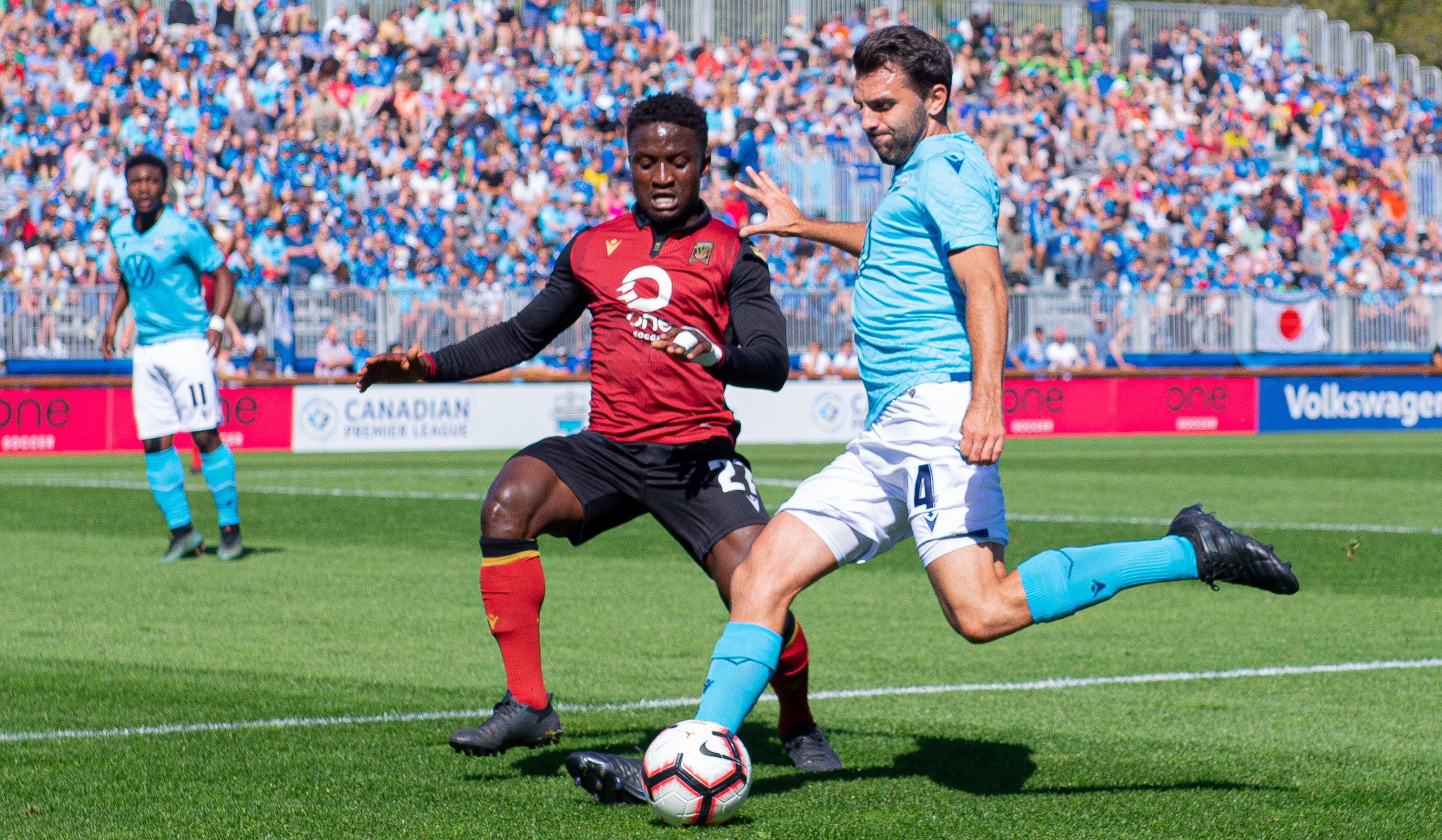 The Wanderers are pleased to announce the club has completed a move to strengthen the team’s defence with the signing of Alex De Carolis.

The veteran full-back was another reliable member of Stephen Hart’s squad last season, making 17 appearances in the Canadian Premier League.

De Carolis became popular with the fans for being a shut down defender, who was also a set piece specialist, from both free-kicks and long throw-ins.

“I’m super happy to be coming back, it was an easy decision. Everything about the club and the fans and the city made me feel at home and I think we’re building a successful team properly,” De Carolis said.

Originally from Sarnia, Ont., De Carolis joined the Wanderers for the club’s inaugural season after playing in Sweden most recently for Umeå FC.

He had to fight for his place in the starting line up in the early part of the season but maintained an unwavering professionalism as he did so, eventually seizing his chance in the left-back position.

“Once he got himself match fit he was very very steady and consistent and he showed a good capacity to keep us in possession of the ball,” said Wanderers head coach Stephen Hart.

In a time of high tech equipment and fluorescent coloured boots, De Carolis is something of an old school pro, still wearing only black boots last season.

His hard work and dedication on and off the pitch has made him a dependable teammate and player his coach can count on.

“He’s a solid professional, he’s at training early all the time and does whatever is asked of him so he sets a very good example,” Hart noted.

The 27-year-old also has some aces up his sleeve in the set piece department, displaying dangerous deliveries with his left foot from free-kicks, in addition to his signature long throw-ins.

“The long throw, I’ve always had that, I think it’s a weapon that’s hard to defend it’s pretty tricky and I’m always working on free-kicks, I had a couple of decent ones last season,” De Carolis said.

With the added bonus of being able to play centre-back, coach Hart likes the versatility De Carolis brings to the back-line.

The player is now hoping he will be part of something special in the 2020 Wanderers season.

“I want us to have a winning team and be in the running for the championship like Cavalry and Forge,” De Carolis said. “I’m there to do whatever the coach needs me to do and nothing but first place should be on our minds.”

The club has also drafted University prospects Cory Bent and Jake Ruby who will both battle for spots in the final squad when training camp begins next March.

The Wanderers will be making more player signing announcements in the days ahead as Stephen Hart’s squad starts to take shape for the 2020 campaign.