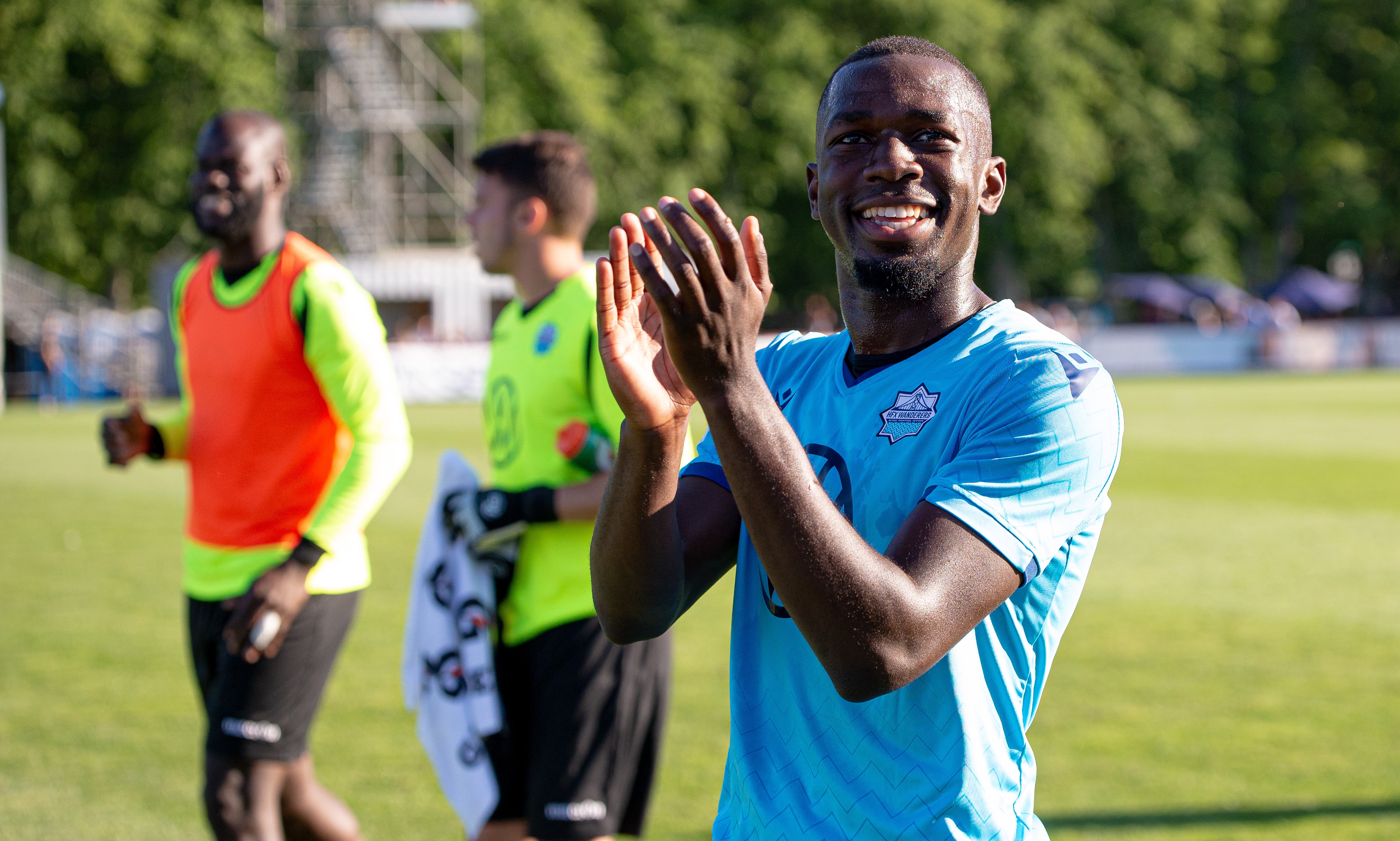 Chrisnovic N'sa is returning to the Wanderers in 2020 after agreeing a new deal with the club. Photo: Trevor MacMillan.
Wanderers add pace and ‘spirit’ to defence as Chrisnovic N’sa re-signs
December 5, 2019
by
Gareth Hampshire
Latest

The Wanderers are happy to announce another popular member of the 2019 squad is returning after Chrisnovic N’sa has re-signed for the club.

N’sa broke through as a professional in the Wanderers first year as a young player whose energy helped drive the team.

He played 18 times in the team’s first year making 14 starts.

A strong tackler who never stops running, N’sa became a go-to pick for coach Stephen Hart, who played him in defence and midfield.

“I’m thankful and happy to be back with this team and it will be a new team and I’m ready to fight for the title,” N’sa said. “It was a good season for me but I know I can get better.”

N’sa played in the centre of defence, as well as at right and left full back and in the middle of midfield; showing an ability to adapt to each position.

“He plays without fear and has a huge capacity to play through the 90 minutes at the same pace from the opening whistle to the end of the game,” said coach Stephen Hart.

The 20-year-old is part of a returning core group of players from the Wanderers first squad.

“I want to be really defensive. I like to run and defend for my team,” N’sa said.

His signing is another substantial step in Hart’s re-building process.

“He has real fighting spirit and Chrisnovic and Alex De Carolis give us solid stability in defence,” Hart explained. “They’re important for building a squad especially since they were here before and they know what we’re trying to achieve.”

The former Montreal Academy player is also a well liked figure off the field in Halifax.

He brought his smile and good vibes to a number of Wanderers interviews that he did on French TV and radio.

“I can’t wait to play in front of the fans, they became like a family and I got lots of messages on twitter and so I’m excited.” N’sa said.

University prospects Cory Bent and Jake Ruby have also been invited to  the club’s March training camp to try to get spots in the squad.