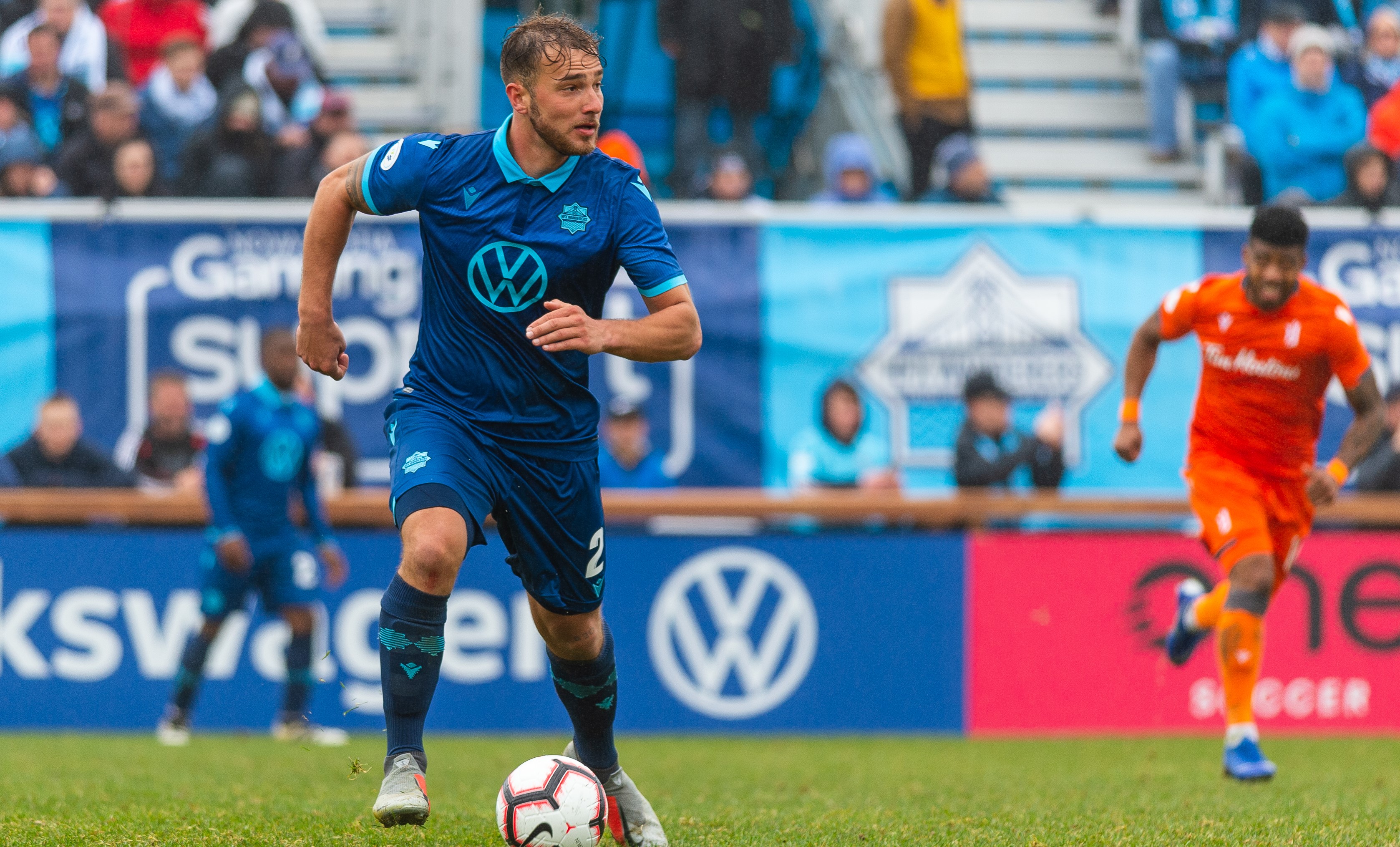 Peter Schaale will return to the heart of the Wanderers defence for the 2020 season. Photo: Trevor MacMillan.
Wanderers announce signing of defensive anchor Peter Schaale
December 12, 2019
by
Gareth Hampshire
Latest

The Wanderers are excited to announce a decisive squad move with the signing of centre-back Peter Schaale.

The big German was solid in the heart of the Wanderers defence last season after being selected by the club in the CPL-U SPORTS draft.

He made 21 appearances in central defence including a number of games as captain of the team.

“It’s a great feeling, I had a great time last year and a great connection with my teammates, the city and the fans, so I’m happy to come back,” Schaale said.

Chosen fifth overall in the first round of the inaugural U SPORTS draft in November 2018, the centre-back quickly proved himself as a dependable member of Stephen Hart’s squad.

“He was an integral part of the team last year not only on the field but a leader off the field with the way he carried himself,” Hart said. “He showed the necessary leadership to be named captain and he was not afraid.”

As a University drafted player, Schaale went back to Cape Breton to complete his business studies in August.

The club revealed then talks were already happening to try to bring him back on a professional contract.

Having now signed his first pro deal he will represent the Wanderers as an International category player.

“It’s a relief because my university career came to an end and also my studies,” Schaale said. “I saw how much the fans and the city care so I wanted to be back.”

Strong in the air and assured on the ball, the 23-year-old was admired by the supporters for his consistency at the back.

His name rang out from The Kitchen who made a song about him and then gave him a touching send off prior to his move back to Cape Breton.

“That last game was emotional for me. The fans were amazing and I want to bring back my strength and leadership to help the team,” he said.

Schaale is now also looking forward to teaming up with his Capers teammate Cory Bent, who was drafted by the Wanderers as the first overall U SPORTS pick this year.

“Cory is a good finisher, he’s direct and threatening and I think the fans will like him because he’s exciting,” Schaale said.

The German defender is the tenth confirmed player signing for the Wanderers.

And striker Ibra Sanoh who starred for Holland Hurricanes college will be a part of the squad.

Cory Bent and Jake Ruby are University drafted players who will be invited to fight for a spot on the  Wanderers at training camp next March.

And the club will be announcing a couple more signings that will excite the fans before Christmas.