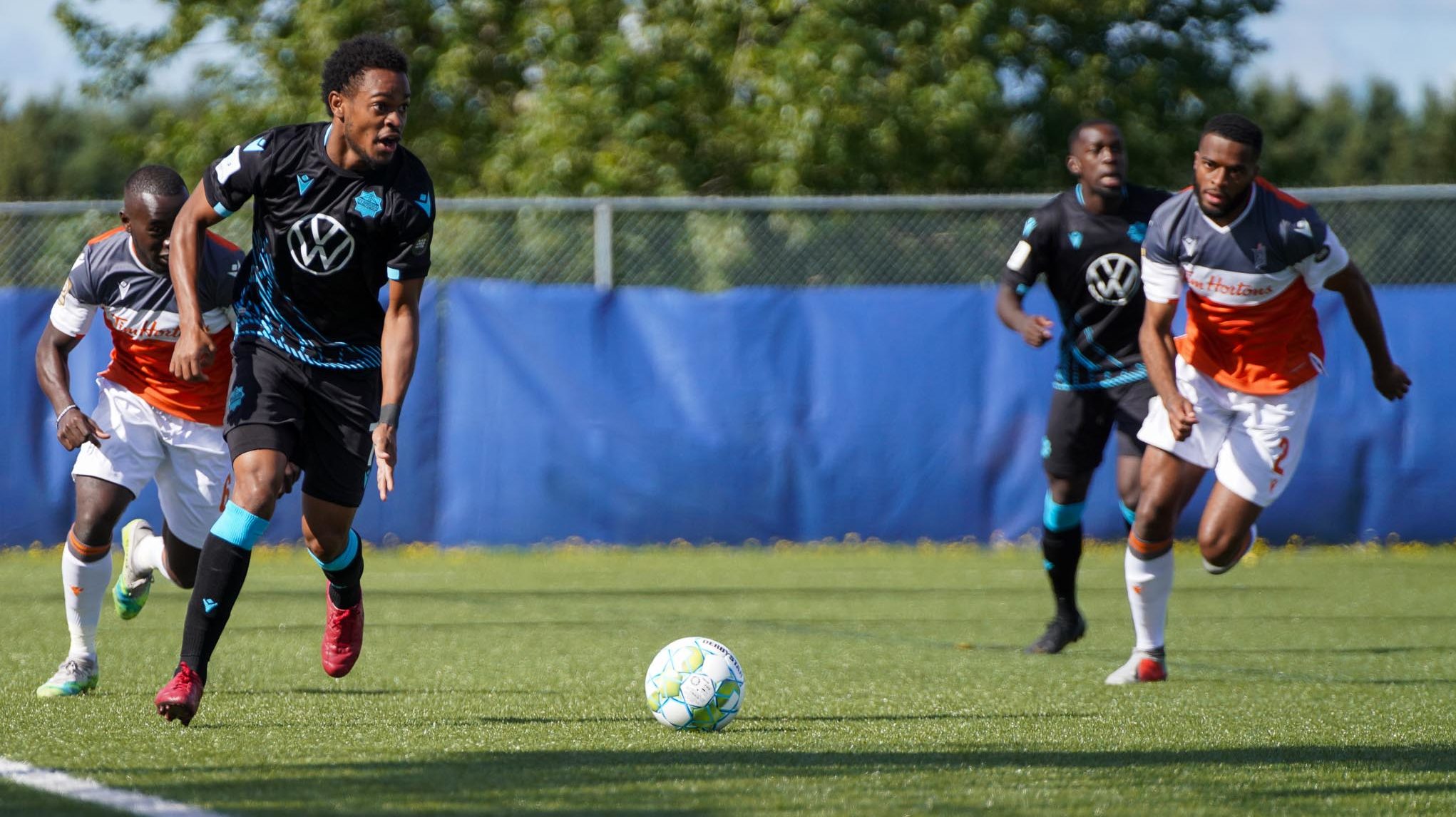 Our returning players all said they have a point to prove after our finish in the inaugural Canadian Premier League campaign. And it’s safe to say they made doubters believers over the course of an 11-game run at the Island Games. After finishing second in the first round, the Wanderers punched their ticket to the CPL final with a match up against Forge.

It came down to the final 45 minutes as the teams entered the last half with a 0-0 scoreline. Forge showed respect to a lethal Wanderers counter attack by limiting space in a cagey affair but in the end it was 2-0 win for the defending champions.

There’s still a chance for the Wanderers to pick up awards after an award-worthy performance on Prince Edward Island.

You can go through the entire Wanderers roster and pick out a variety of players who showed huge improvements from last season or really made their mark in the league in their first campaign. One of those important returning pieces was midfielder Andre Rampersad. The Trinidadian playmaker wore the captain’s armband and had nothing but positive things to say about his teammates after the result.

“Just to begin it was a tough one today. You can never be more proud of these boys,” said Andre Rampersad. “They work hard, leaving Halifax to come here, to stay six weeks, be away from our families. It’s an environment we have to deal with. The emotions are there today, we left it on the pitch,” said Rampersad.

After finishing in last place in 2019, the Wanderers showed the squad has improved quickly with the trip to the final. It was highlighted by a first-ever win against Cavalry FC, an exciting 3-1 win over FC Edmonton featuring a penalty stop by Christian Oxner and two close draws with Forge.

“We showed that we can run with the big boys in this league. As I said before, I can never be more proud of these guys and we keep working and we come back stronger next year,” said the captain.

Coach Stephen Hart was impressed with what he saw from his team throughout the Island Games. The decision to bring back the players he did was justified and the new acquisitions showed why Hart was keen on building a team with a creative attack.

“More than just the performance, their attitude in this entire tournament was one of complete professionalism, I’m very impressed. I’m impressed with the young players,” said Hart.

Hart added there were some difficult decisions with the lineup selection for the final since not everyone can play when you’re limited to a starting XI.

“We showed throughout this tournament the ability to play and then we were faced with difficult adversity, we showed our mental character. I think that will serve this team very, very well. You could see today they were not just satisfied with being in the final which is again a credit to them and their attitude,” said the coach.

Club values for the future

All throughout the Island Games, Stephen Hart’s message was try to win the season but also evaluate players for 2021. Every single player on the roster started at least one match including young local players Luke Green and Scott Firth. Going to the final gave Hart and his coaching staff even more game footage to analyze in the offseason. But it also helped establish a Wanderers identity and add more meaning to the Citadel-shaped crest.

After two seasons, the excitement for the future of HFX Wanderers FC continues to grow. The experience of the Island Games will not be forgotten anytime soon.