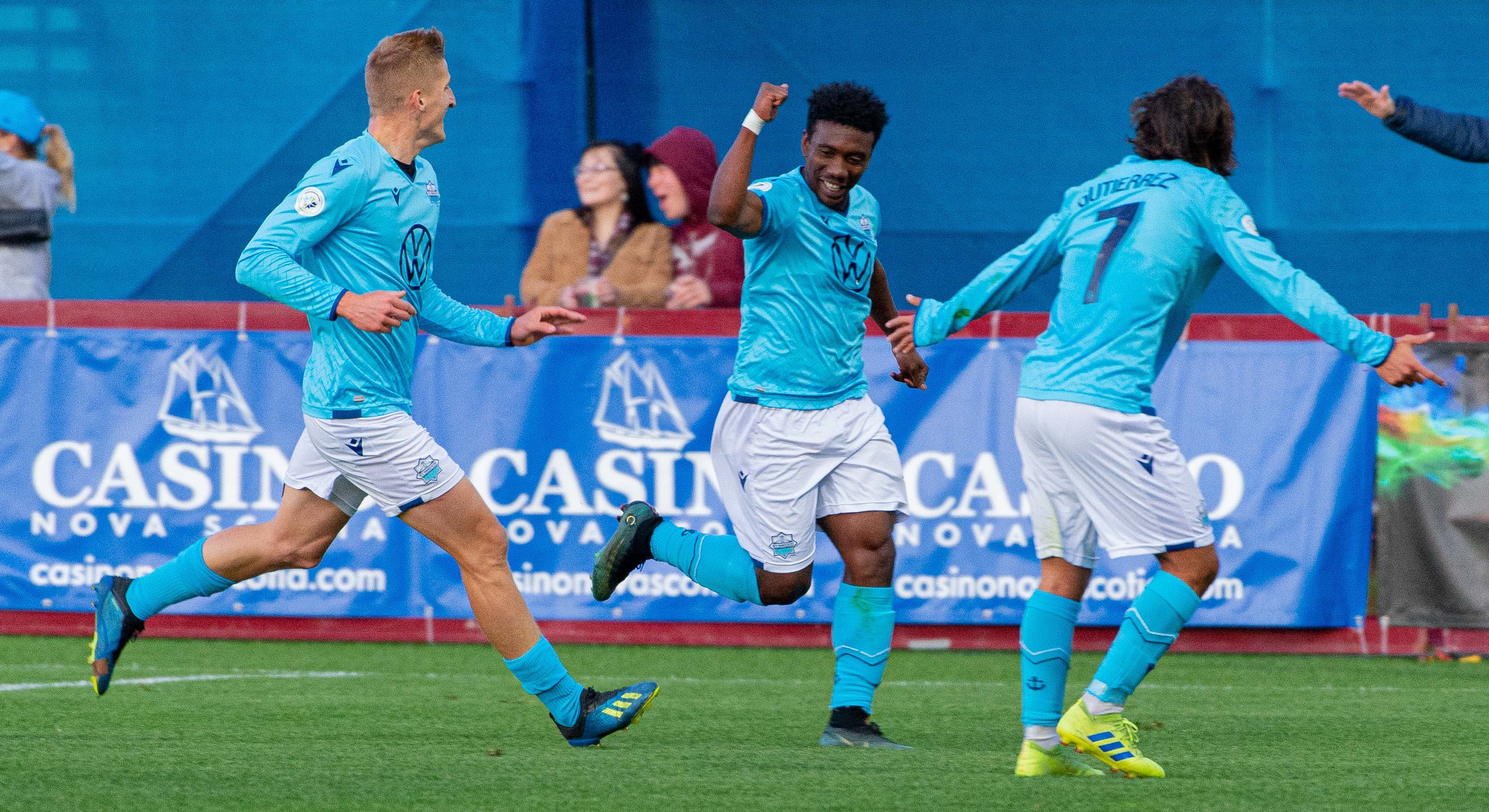 HFX Wanderers leading goal scorer Akeem Garcia has been called up to the senior national squad of Trinidad and Tobago.

The 23-year-old striker has forced his way back into the Soca Warriors latest squad of 23 players on the strength of an excellent CPL season in Halifax.

Garcia has been a standout all season for the Wanderers, scoring seven CPL goals, in addition to one more in the Canadian Championship, for a total of eight.

“It’s always a good feeling and exciting to represent your country so it’s really nice and I cherish it and go out and do what I have to do,” said Garcia. “My family is going to be really proud and happy for me.”

The forward, from Arima, will be a part of Trinidad and Tobago’s squad for a CONCACAF Nations League match at home vs Honduras on October 10th, as well as a friendly against Venezuela in Caracas, October 14th.

It will mean he will miss the Wanderers last home match against Pacific on October 9th.

The Wanderers forward last played for his country in 2015, in a 1-0 friendly defeat to Panama.

Garcia said his development with the Wanderers this season has helped him get back on the radar of the national team coach.

“Being able to play at a higher level abroad in the CPL, it helps a lot. This is everything to do with Halifax Wanderers. I have to thank coach Stephen Hart and and coach Derek King for the opportunity. This is happening because I am playing well for Halifax,” he said.

“I’m happy for him because he’s always willing to listen and learn. He has done well and his movement off the ball is improving all the time,” explained Hart. “Once he keeps working on the end product of his finishing he could go a long way.”

Before joining up with the national squad, Garcia will remain with the Wanderers for the team’s away match at Cavalry on Saturday.

“I want to help the team in whatever way I can if it’s to score or defend or anything,” he said.

The Wanderers popular number 11 will travel to Trinidad and Tobago to report for national team duty after the match at Spruce Meadows.