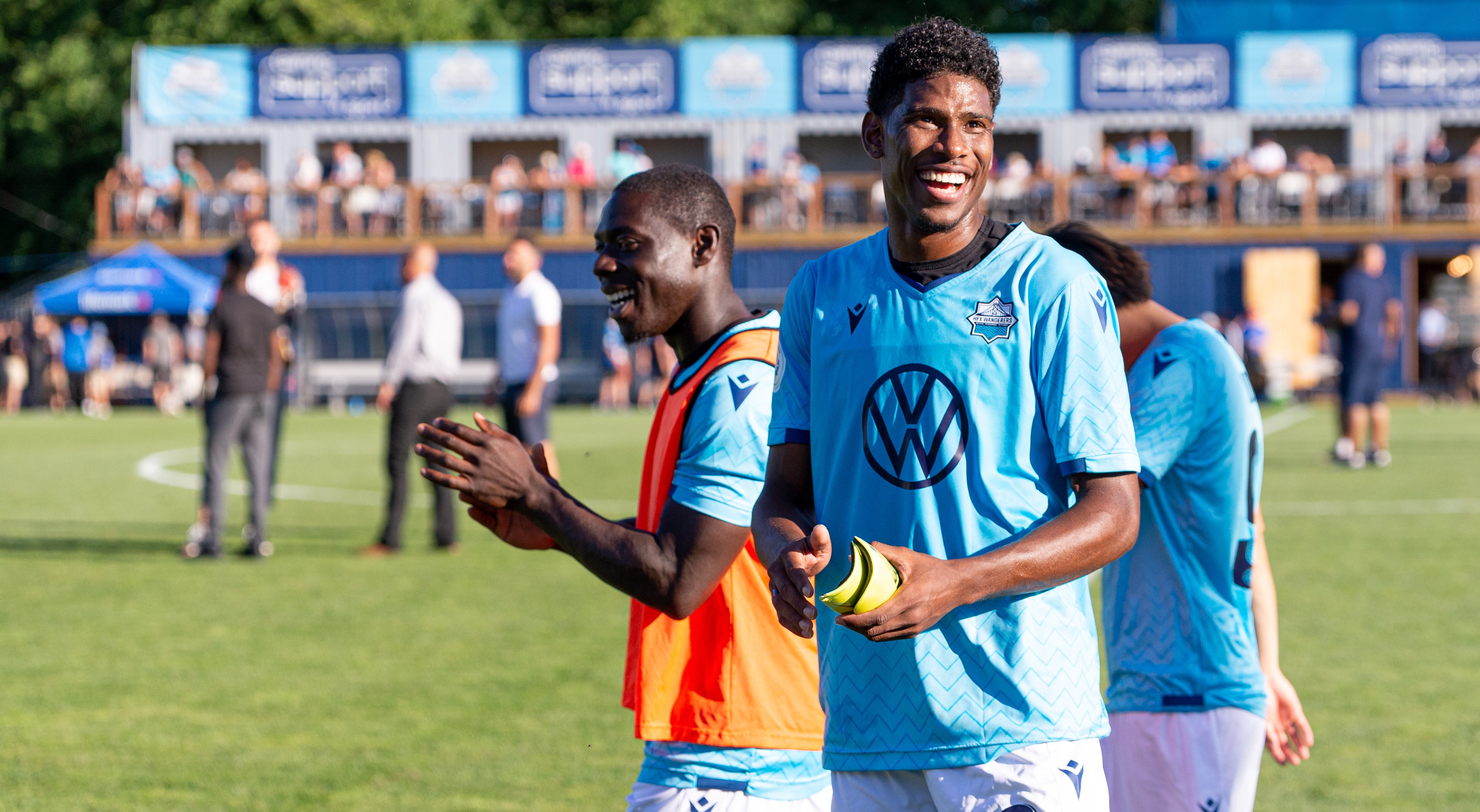 The Wanderers are happy to announce another influential player from the 2019 squad is returning to the team for next season.

Andre Rampersad has agreed terms on a new deal to bring him back to the Wanderers midfield in 2020.

Rampersad, another of the club’s Trinidad and Tobago players, established himself as one of the most consistent performers in the team during the Wanderers first season in the CPL.

A box to box midfielder with silky skills, he built a reputation for covering every blade of grass on the pitch during the games.

“It’s an awesome feeling to be honest, I already miss Halifax, I miss the soccer too and the fans there are the love of my heart, so I’m excited to come back,” Rampersad said from his home in Arima, Trinidad and Tobago.

The 24-year-old Trini number 18 will link back up with compatriot Akeem Garcia after re-signing for the Wanderers.

“He showed promise every time he played but as the season went on and he started to become more comfortable, he showed the freedom to bring his qualities to the games,” said Stephen Hart.

The Wanderers head coach said there was interest from other teams in Rampersad but the player always wanted to come back to the city that gave him his first shot in the Canadian Premier League.

“The first season was amazing at the Wanderers Grounds, they push us every time, so next season I can only imagine it will get better and we need to pay back the fans and the city of Halifax,” Rampersad said.

After playing alongside Garcia last year and before that with FC Santa Rosa in the TT Super League, Rampersad said the pair will train together through the winter to get ready for 2020.

“Next year we plan to make standout performances every game to do what we want to do for the team and the fans,” he said.

In addition to his all action approach in the middle of the park, Rampersad is looking to add another element to his game by starting to hit the back of the net on a more regular basis.

“With the team now I have to play a leadership role and I feel like I can get better as far as goals are concerned,” he said.

The last match of the Wanderers 2019 season at York9 showed just how much Rampersad’s teammates valued his leadership when they handed him the captain’s armband before the 2-0 victory in a move Stephen Hart didn’t even know was going to happen.

Both those players will report to preseason training in March when they will battle for a spot in Stephen Hart’s squad.