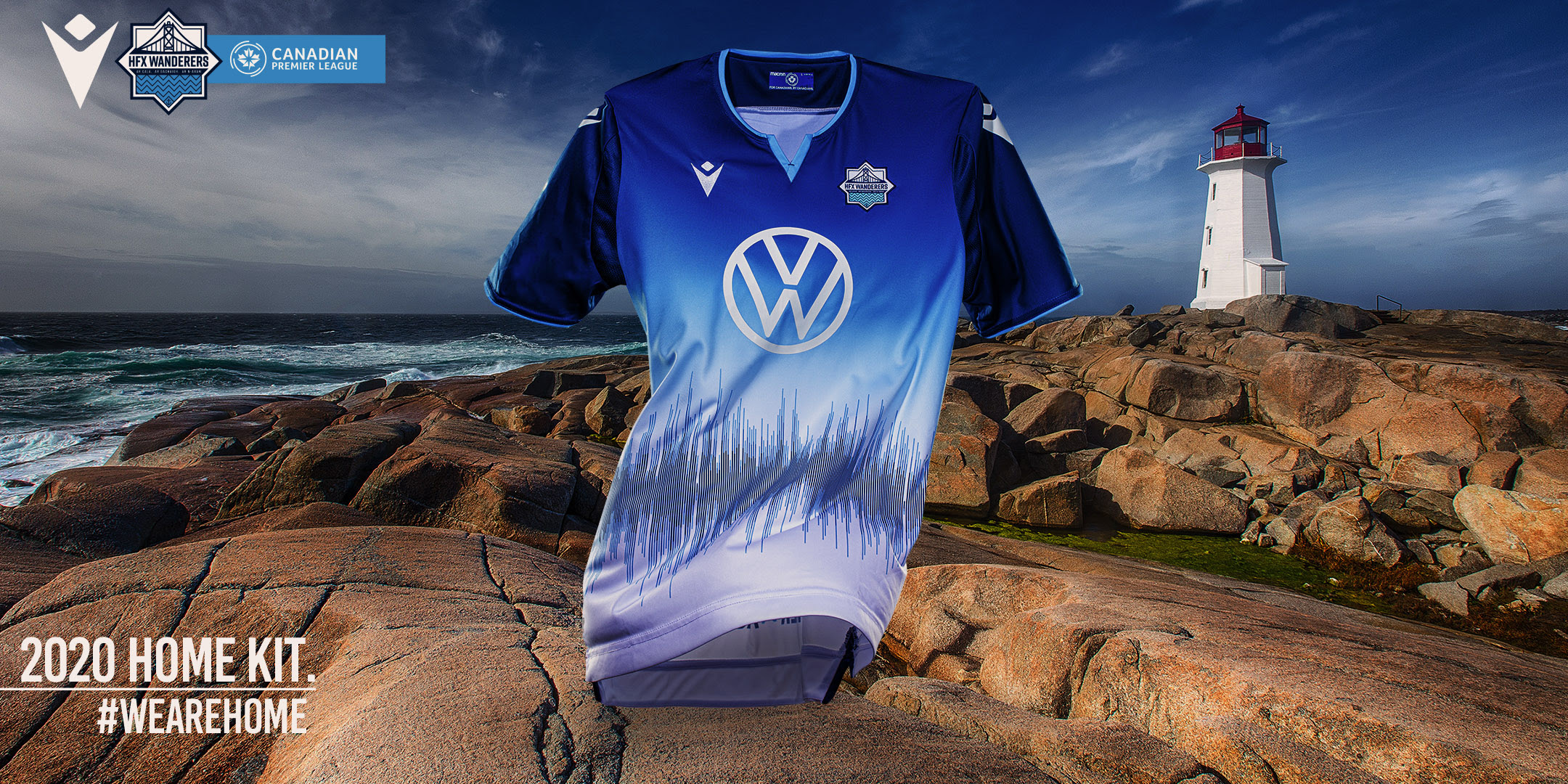 Hundreds of people were on hand as the Wanderers unveiled the team’s brand new 2020 home kit designed by Macron last night. (Feb 27)

It was like being at the Wanderers Grounds on match day, with fans chanting and singing as players Scott Firth, Christian Oxner and Ibra Sanoh took the stage to show the team’s new home kit for the first time.

The Wanderers are proud the team’s kit tells its own story of Halifax.

The city’s connection to the harbour is a key theme throughout the design, with the blue gradient colours inspired by the Atlantic Ocean and the Nova Scotia sky.

And to celebrate the city being alive with music, sound waves of the legendary song, Barrett’s Privateers are a key feature on the front of the jersey.

As part of the process, Macron designers worked in collaboration with the club to provide a custom kit with exciting graphic designs.

“Our partnership with Macron allows us the unique opportunity every season to tell a story that connects with our fans,” said Wanderers Founder and President Derek Martin. “Our 2020 home kit is unlike any other in the world and we hope our fans love it, and the story it tells, as much as we do.”

For the second consecutive season Volkswagen is the club’s official shirt sponsor.

The club’s slogan “Together From Aways” is also an integral part of the design on the back of the new home shirt.

Each team-authentic Home jersey will be available online starting at 1 p.m. ADT on Friday February 28th at: HFX Wanderers FC, online and our Quinpool Road fan shop for $119.99 CAD (Men’s), $119.99 (Women’s) CAD and Youth $79.99 CAD. Fans will be able to customize each jersey with either their favourite CPL player or own names and number for an additional $34.99 CAD

Customization is available at the Wanderers fan shop Monday to Friday from 11 a.m. to 5 p.m.

The team’s squad numbers were also revealed at the Pacifico event for the first time.

Make sure you’re a part of the Wanderers Grounds experience by getting your Season Ticket Memberships and be there for our home opener against Atlético Ottawa on April 25th.