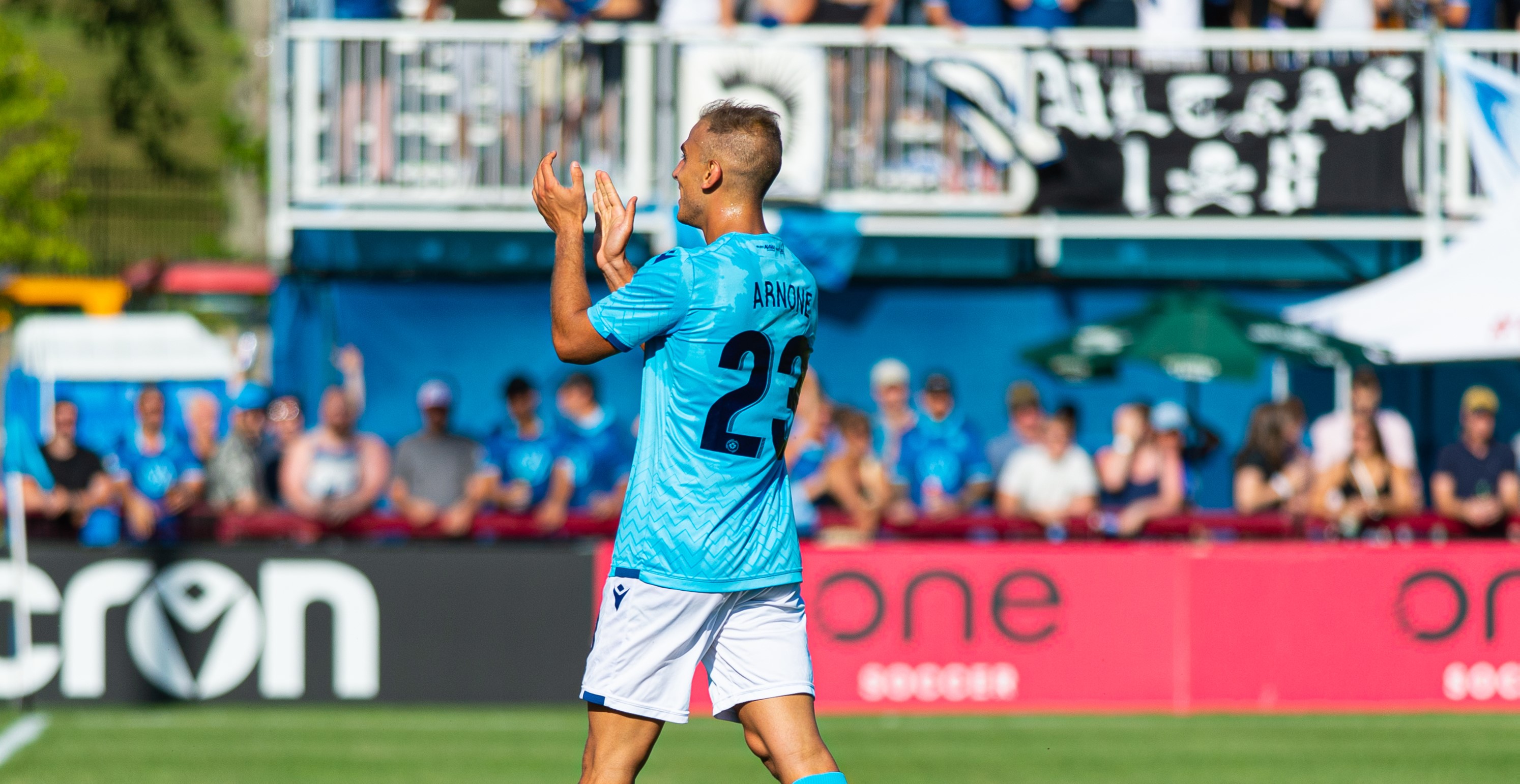 Defender Matthew Arnone said the Wanderers showed they can compete with the top teams in the CPL. Photo: Trevor MacMillan.
‘We can play with these teams’: Wanderers aim to contend in 2020
October 22, 2019
by
Gareth Hampshire
Latest

After ending the 2019 Canadian Premier League campaign in style with a win at York9, the Wanderers are already beginning to plan for next season.

Coach Stephen Hart is paying tribute to his players for showing good form in the fall run in, with only one defeat in the last nine games, going back to September 2nd.

“Some of the players really rose to the occasion and the quality and spirit they brought to the team was very good,” Hart said. “As far as the top teams, we beat Forge once and tied them twice, Cavalry we tied them once. We were competitive but the problem was finding consistency on the road.”

The Wanderers head coach said he’s evaluating every member of the team in starting to plan the makeup of his squad for next season.

“There will definitely be players coming back, no doubt about that, but we have to make decisions on where we need to strengthen and also try to get players who can give us something different for tactical flexibility,” he said.

Centre-back Matthew Arnone described it as special being a part of the Wanderers first season and said there is a lot more to come from the team in the future.

“The potential was there for more and it took us a while to find our identity as a team but there were moments when doing so we showed we can play with these teams, so it’s encouraging for the future,” Arnone said.

The defender said it was a bit of an “empty feeling” saying goodbye to his teammates but said the squad grew together during the season.

Goalkeeper Christian Oxner, who made an excellent start to his professional career with his hometown team, said he’s determined to be back and stronger next season.

After fighting his way into the Wanderers starting line up, he went on to become one of the league’s leading keepers, recording six clean sheets while saving two penalty kicks along the way.

“I want to win. We started to click towards the end of the year and showed we can be a dangerous team. It wasn’t the season that we wanted but we will keep moving forward,” Oxner said.

The Wanderers coach and players want the biggest thank you to go out to the home fans who created an atmosphere that was the envy of the league in Halifax.

“It was entertaining, it was exciting,” said Hart.