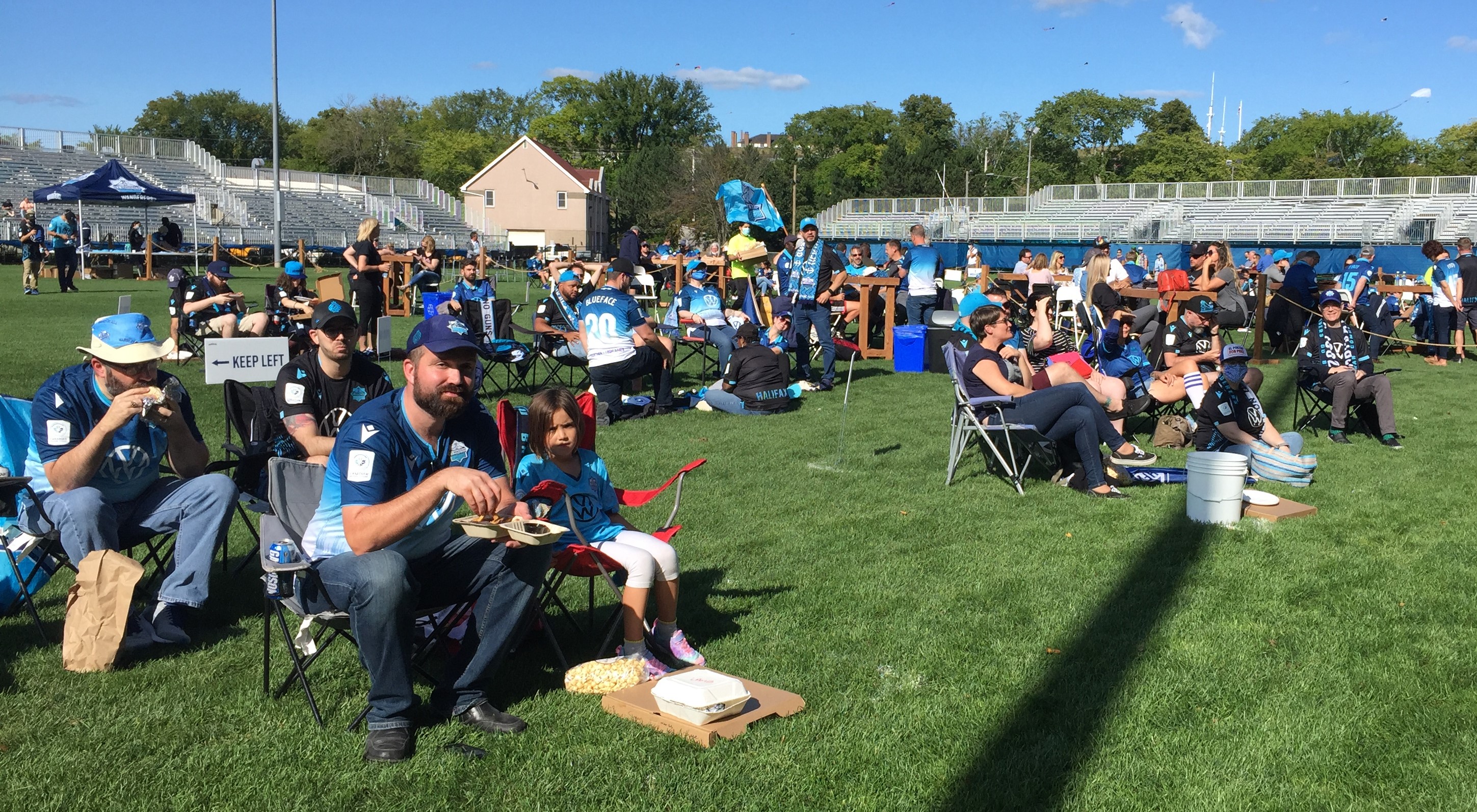 The Wanderers will host a watch party at the club’s Wanderers Grounds home, Saturday September 19th, as the team plays for the North Star Shield in the Canadian Premier League’s Championship game.

Our team will play for the Championship against Forge FC, who are defending their title, in Charlottetown, Prince Edward Island.

The Wanderers Grounds viewing party last weekend for the match against Cavalry attracted over 400 fans, who watched the match on a big screen from the pitch safely separated into eight person bubbles.

It’s a chance for Halifax fans to get together for the CPL’s showpiece occasion, given no spectators have been allowed at the matches in Charlottetown, which are being held behind closed doors for the safety of players, staff and officials.

The Wanderers Grounds watch party will meet strict public health guidelines, with the capacity limited due to Covid-19 protocols.

All people will be required to wear non-medical masks as they enter the stadium, in addition to maintaining safe physical distancing.

Fans may remove their masks only when they take a seat in their assigned bubble.

“Our fans are the beating heart of this club so we are very pleased we can bring them together again at the Wanderers Grounds for the first Championship game in our young history,” said Wanderers Founder and President Derek Martin.

The team’s players have been given an extra lift by knowing fans are gathering in Halifax for the matches.

“We knew the fans were at the Wanderers Grounds for the Cavalry match and it was a boost for us. We play for our fans and they’re always there with us whether we win, lose or draw,” said Brazilian player João Morelli.

All tickets will be digital and scanned hands-free at the stadium.

The Wanderers Grounds Gates will open at 2 p.m. AT. The match kicks off at 3 p.m. AT.

Eight person tables or pods for the event can be booked through the club at marvin.okello@hfxwanderersfc.ca