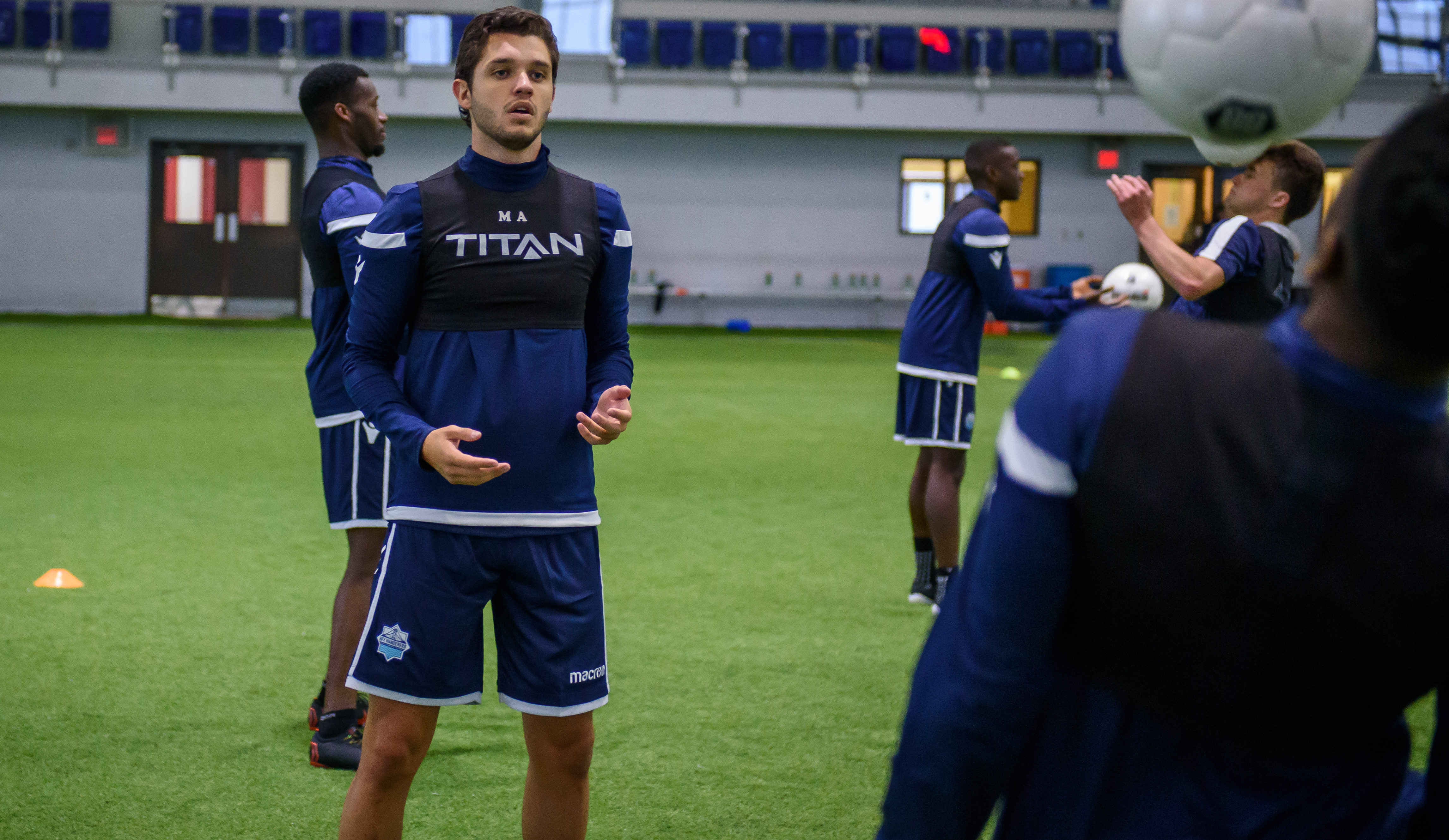 João Morelli was only five years old at the time, but the memory of watching his idol Kaká play for Brazilian powerhouse São Paulo left an indelible impression on him.

Kaká, of course, would go on to greater fame after he left São Paulo, playing for AC Milan and Real Madrid, and being named FIFA World Player of the Year in 2007.

But for Morelli, a 24-year-old native of São Paulo who signed with HFX Wanderers in February, he’ll never forget when Kaká debuted for his hometown club.

“I supported São Paulo growing up, and the one player I always felt who was similar to my style of play was Kaká. I remember the first time he played for São Paulo, I was in the stadium. No one knew the kid at the time. … and then he started playing in the first team and he grew up so fast,” Morelli told CanPL.ca.

RELATED READING: CPL pre-season roster tracker: How each team is shaping up

Although highly skilled, Kaká was not the stereotypical Brazilian footballer in that he wasn’t very flashy. He kept things simple, using his speed and technique on the ball to take the most direct route towards the opponent’s goal.

Morelli will try to take a page from the Kaká playbook and hopes to inspire HFX to great things with what he can do on the pitch once the COVID-19 pandemic passes and the CPL gets going again.

“I’m a really simple player. I don’t do tricks. I try to make good decisions and play forward. I love scoring goals and setting up teammates. … I’m a very simple player, but I think I’m a very effective player,” Morelli offered.

Wanderers coach Stephen Hart, no doubt, is banking on Morelli to inject some life into his side’s stagnant and limp attack. Last season, the Wanderers scored a league-low 21 goals, with Akeem Garcia and Luis Alberto Perea accounting for almost half of them.

“Playing as a number 10 behind the striker, it’s where I feel most comfortable to play… I think (Hart) expects a lot from me because a number 10 is a very important position, with making the final pass and scoring goals,” Morelli said.

Looking at Morelli’s track record, it’s easy to understand what Hart sees in the Brazilian and why he believes he can add some much-needed creativity into the Wanderers’ midfield.

Morelli played for youth teams at Brazilian club Ituano FC before moving to England as a teenager and making 26 appearances with Middlesbrough’s under-23 side. He also spent time with Fleetwood Town.

A former Middlesbrough player and a 2002 World Cup winner with Brazil, Juninho saw Morelli’s potential when he played at Ituano. Juninho arranged for the then-18-year-old’s move to Middlesbrough in 2015.

“I always wanted to go to England. … I was nervous because it was my first time to live in another country, but it was a very good experience and I learned a lot as a player and as a person,” Morelli explained.

“I had to improve my intensity and physical game when I went to England because in Brazil you’re mostly a good player because of your technique. When you go to England, it’s a physical game with a lot of work off the ball, so it was there that I started to learn how football was in Europe and the rest of the world.”

Morelli also enjoyed spells with FC Levadia in Estonia’s top flight, with his best run coming in 2017 when he scored 16 goals in 22 games.

So, why did he decide to leave Levadia after the 2019 season and come to the CPL?

“I wanted ‘level up.’ I felt that it wasn’t the right place for me to continue. … I felt I could play better football than I was playing there, and I was looking for a higher level. I haven’t played a game here yet so I’m not sure, but from the videos that I saw I think I made the right decision,” Morelli stated.

Wanting a change in scenery off the pitch was also part of his decision to leave the Estonian capital of Tallinn for Halifax.

“Tallinn is a very nice place. The summers there are very nice, with beaches with loads of tourists. There’s a lot to do. But at the same time the people were very cold. They don’t talk too much. I’m Brazilian and very open, so Estonia was a very different place for me,” Morelli said.

“When I had this chance to come to Canada, it counts a lot because everybody talks so nicely about this place. I wanted to come here because it’s a friendly place with good people. This is good to live here.”