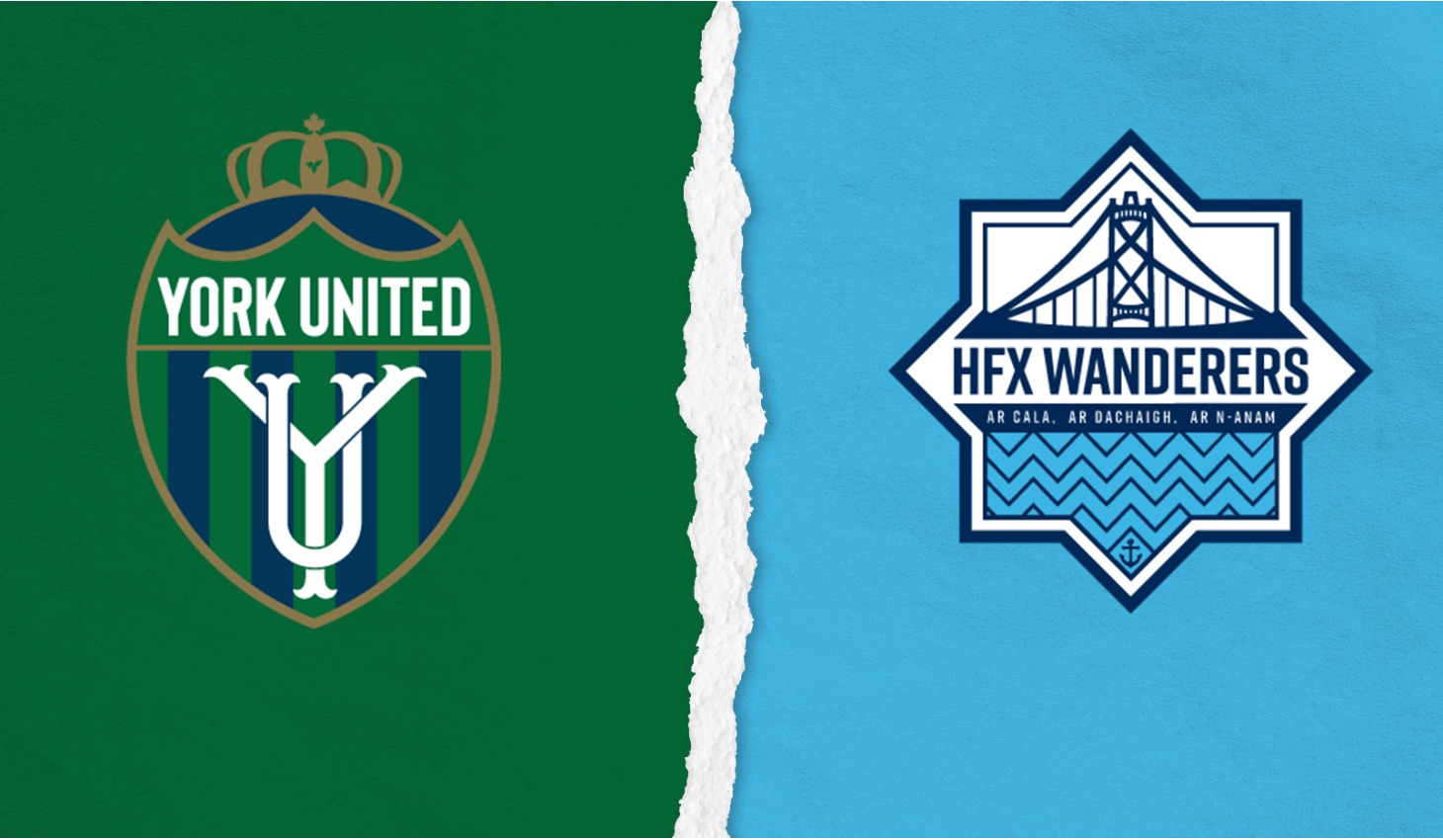 In addition to its website and app, OneSoccer is now available on TELUS channel 980 and on Fubo TV. Call your local cable provider to ask for OneSoccer today.

This weekend could very well be the end of the road for one of these two teams.

While mathematically it is not technically a “must win” for Halifax or York United at York Lions Stadium on Friday, a loss could eliminate either team from playoff contention. York and Halifax currently sit seven and eight points respectively out of the fourth and final playoff spot, not to mention the negative goal difference both sides carry.

Should the Wanderers lose on Friday, they will be eliminated if either Valour or Pacific wins their matches. A draw could also see them eliminated should both Pacific and Valour win, or should one of those two sides win and Cavalry picks up a win or a draw.

For York, meanwhile, a loss could also see them eliminated from contention if both Pacific and Valour win their matches, or if one of those two teams wins and Cavalry wins or draws in the Al Classico.

With their backs against the wall, however, both sides have shown a good fight of late to keep their playoff hopes alive. York, in particular, has been the league’s hottest team, winning five of their last seven matches.

“It is going to be a difficult game, they are doing really well and have two clean sheets in a row,” said York United head coach Martin Nash. “They are on a good run, but so are we so both groups probably come into this match confident. It is one of those matches you want to play for. One that means something, so guys are going to be up for it and it should be a good game.”

Here is a look at where they stand currently, and their remaining schedule. It doesn’t get any easier for the Nine Stripes after this, as they take on three straight playoff hopefuls: Forge FC, Valour and Atlético Ottawa with the final two weeks of the season coming on the road.

Halifax has also looked much improved of late, with back-to-back clean sheets and a 1-0 victory against playoff hopeful Valour last weekend. But that improvement has thus far only really been evident at home. They have not won a match on the road since June 25.

Just like York, they have a very difficult run to end the season. They have Atlético Ottawa and Pacific at home, where they have not lost in four matches, before finishing the season at Tim Hortons Field against Forge.

While these are the league’s two lowest-scoring sides, York has looked anything but over the past few weeks. A number of key additions, most notably Mo Babouli, have ignited an offence that has scored three goals or more in five of their last seven matches, dating back to a 4-2 win over Wanderers in Halifax on August 1.

“With Babouli he has changed the dynamic of the team, attracts the attention that has freed up other players,” said HFX Wanderers head coach Stephen Hart. “They have scored goals there is no doubt about that. But as I said, we try to be as detailed as possible and going into the game, controlling the things that we can control.”

The series between the two has been incredibly close over the years, with seven of 14 all-time meetings ending in a draw. Halifax has four wins to York’s three, and has won two of the three matches between the two sides in 2022, including a 1-0 win on the opening day of the season back on April 7 at York Lions Stadium.

Due to suspension, York’s leading goalscorer Osaze De Rosario will miss out on the match. However, Nash said that otherwise, everyone is at least close to returning so he should have a full squad for this match. Hart, on the other hand, will be more limited with a pair of suspensions as well as injuries to Peter Schaale, Aidan Daniels and Mour Samb.

Make your match picks prior to kickoff at canpl.ca/predictor for a chance to win prizes, including the grand prize of a trip to the 2022 CPL Final! To learn more about ComeOn!, click here.

All CPL matches are available to stream on OneSoccer, or on TELUS Optik TV Channel 980.

“They are actually playing different than they have been recently, so we have to prepare for two different eventualities if they play in a back five, or play in a back four. But I think for us, really we are going to approach the game like we have recently and go at teams, try to attack and we have been successful that way.” — York United head coach Martin Nash

“We know the situation, we haven’t really discussed that with the players because they know where we are at. We had challenged them earlier to make the best of the final five or six games and also to raise the level of consistency and performance, both when we have the ball and when we don’t have the ball. “— HFX Wanderers head coach Stephen Hart