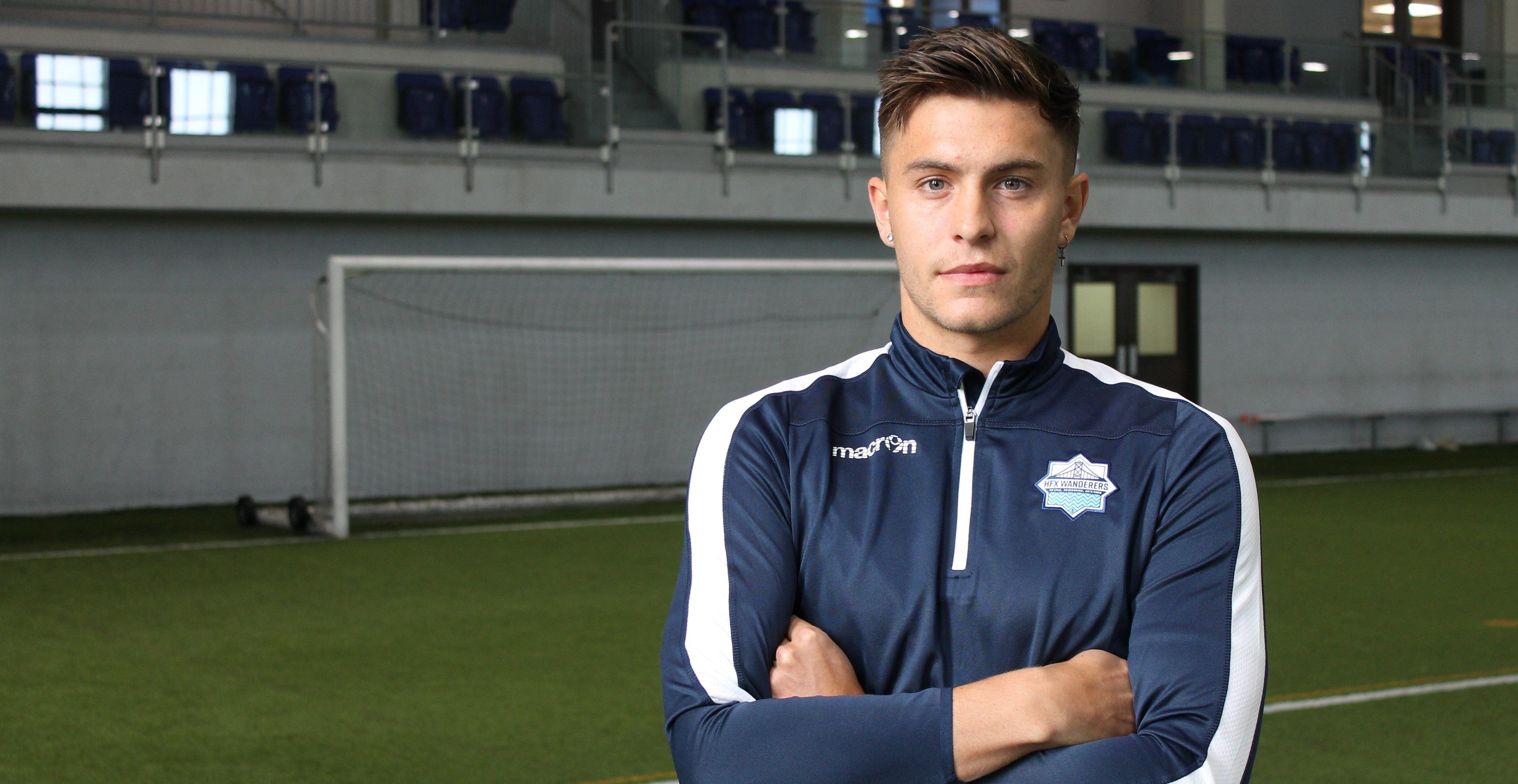 Striker Will Baynham has joined the Wanderers on trial.
Wanderers hand trial to NCAA striker in search of ‘different dimension’ in attack
March 10, 2020
news

There is a new face around the Wanderers preseason training camp today as striker Will Baynham begins a trial period with the club.

22-year-old Baynham is arriving in Halifax after leading the Big West Conference in scoring for the UC Santa Barbara Gauchos.

He added 8 assists, which placed him in the top 30 in points scoring in the country.

It was his golden goal in the second period of overtime that led the Gauchos into the quarter finals with a victory over eight-time champions Indiana.

His record earned him a trial at USL Championship team Phoenix Rising, where he has played three preseason games in the past three weeks.

“I did well at Phoenix Rising and they said they may sign me but it ended up not working out and I’m really looking forward to this new challenge in Halifax,” Baynham said.

Wanderers coach Stephen Hart sees  a lot of potential in the player and is interested to see him take his chance.

“He has done well at the NCAA Division 1 level. He holds the ball up well, his movement is good and he showed he can finish both on the ground and in the air,” Hart said. “We’ll see how he adapts, it would be nice if he can add a different dimension to our attacking options.”

Baynham — who was born in Brisbane, Australia — is also a Canadian citizen, through his Ottawa-born Dad.

He first began to attract the attention of pro teams when he made the national Australian championships at youth level with Queensland.

That led to a spell in Bournemouth’s youth academy. But he didn’t sign with the English Premier League team, deciding to move to the U.S. to pursue his college career and continue his education.

That was supposed to happen at the  University of California, Los Angeles but after finding out he was ineligible for one year at that level, he instead went to Yavapai Community College, Arizona.

He quickly found his goal scoring touch there, hitting 29 goals in one season before stepping up to the NCAA.

“I can get in behind and I have a good aerial threat and I like to press defenders and work hard,” Baynham said.

In addition to arriving at the Wanderers camp fresh off trials at USL level, Baynham also knows Wanderers defender Mateo Restrepo from their time together in Santa Barbara.

The were both part of the Gauchos recent run to the NCAA quarter finals.

Baynham joins Halifax as the team moves into the second week of preseason training for the 2020 campaign.