During the live event on Friday 29 January, HFX Wanderers FC had the seventh (7) and tenth (10) draft picks in the two-round draft with eight picks in each round, having finished in second place in the 2020 CPL Island Games season.

Draftees will be invited to HFX Wanderers FC’s preseason training camp, with the hopes of securing a 2021 CPL-U SPORTS Developmental Contract for the upcoming season. The contract allows a student-athlete with one to five years of U SPORTS eligibility remaining to sign with a CPL Club, while preserving their eligibility before returning to U SPORTS competition.

You can learn more about the 2021 CPL-U SPORTS Draft here. 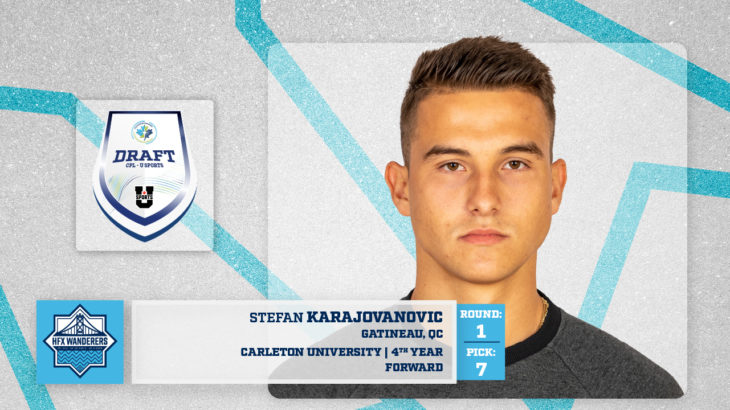 Stefan Karajovanovic, originally from Gatineau, QC, is a fourth-year Criminology and Criminal Justice student at Carleton University. Karajovanic, 21, has been a prolific U SPORTS striker throughout his Carleton Ravens career.

“Stefan was someone we felt had qualities that were different to our current strikers,” explains Wanderers Head Coach Stephen Hart. “He is mobile and adds a dimension of being direct with his dribbling – which I like. His two-footedness should cause problems in the penalty area for opposition.” 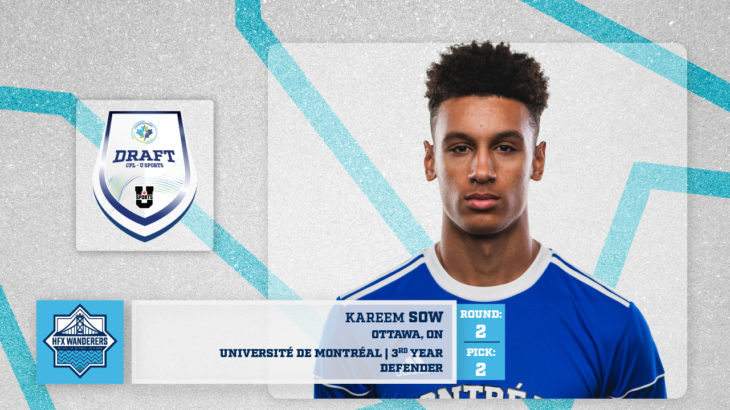 Kareem Sow, hailing from Ottawa, ON is a third year Mechanical Engineer student at Université de Montréal. Sow, 20, is the latest product of Montreal Carabins soccer program to attract the attention of Halifax Wanderers. He was a part of the 2018 team that won the U SPORTS Men’s Canadian Championship.

“He is technically clean, good in the air and positionally reads the game very well,” says Hart. “He also has the capacity to play at full-back, center-back and central midfield which makes him a very versatile option.”