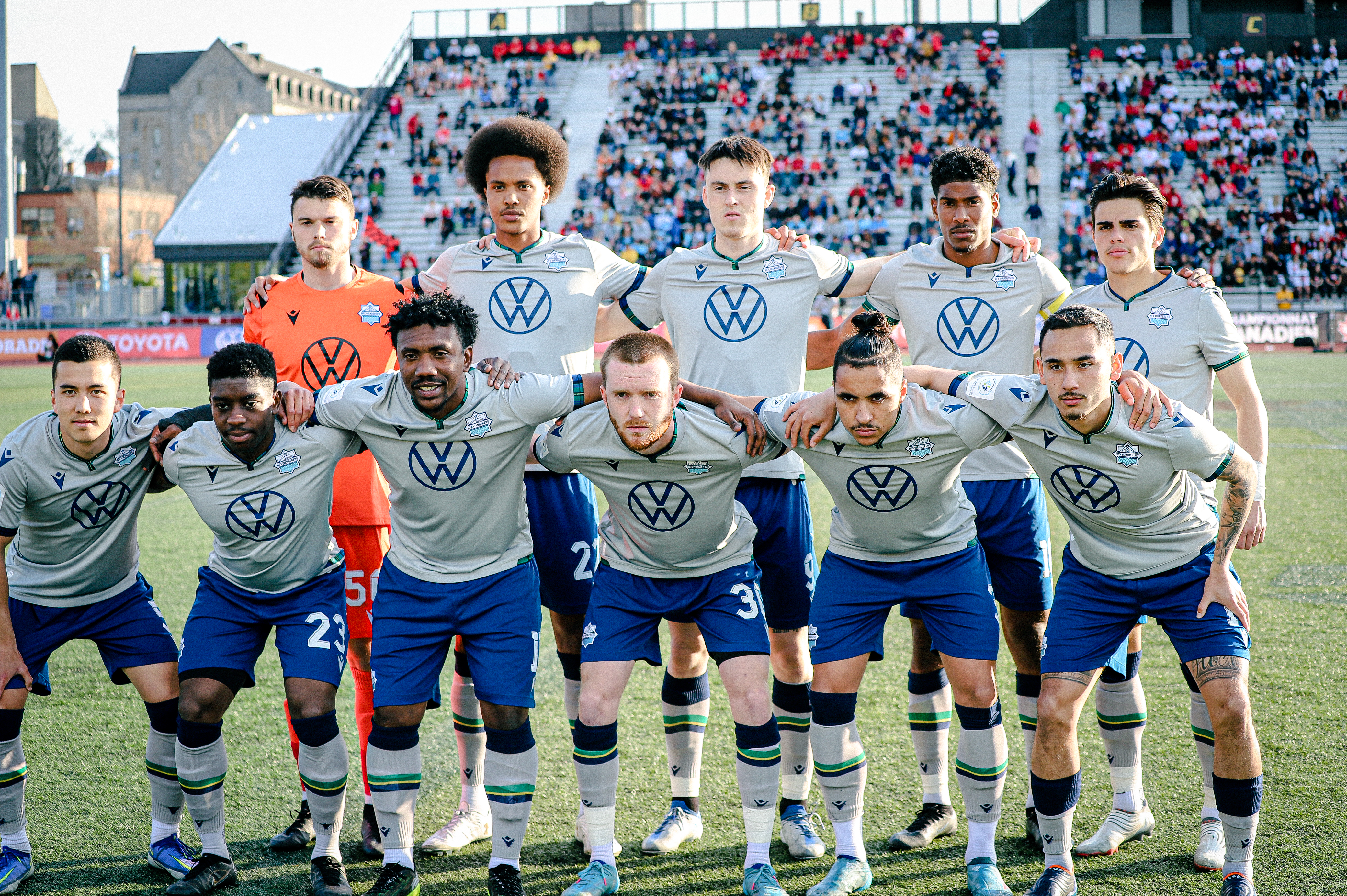 Stories of the Match: Wanderers 2-0 CanChamp victory over Guelph United FC
May 11, 2022

The Halifax Wanderers advanced to the quarterfinals of the Canadian Championship with a 2-0 victory over Guelph United FC on Tuesday night. Akeem Garcia (22′) and Aidan Daniels (60′) scored the goals to set up a meeting with Toronto FC later this month.

Miss the match? Watch the highlights

Already leading 1-0, a wonder-strike by Daniels cemented the Wanderers’ lead and eventually punched the ticket to the next round of the competition.

Following a 45-minute shift on Saturday against Valour, Daniels went another 81-minutes on Tuesday with his passing vision and technique on the ball being assets in the victory.

The goal is also Daniels’ first as a Wanderer following an off-season move to the club and comes in just his third appearance.

OOF, Aiden Daniels with a scorcher 🔥@HFXWanderersFC up 2-0 over @GuelphUnitedFC on the hour mark of this #CanChamp clash 🏆🍁#CanPL | 🔴 https://t.co/7JFAUhgjL6 pic.twitter.com/COegO3PEJu

The Wanderers finished the match with 64% of the possession, 22 shots, ten on target and two hitting the woodwork.

Some fantastic saves by Guelph keeper Svyatik Artemenko and the defensive shape of the hosts made things tough for Halifax, but the Wanderers still found a way.

On another day, Cory Bent and Sam Salter would have joined their fellow forward Akeem Garcia on the scoresheet but were denied on multiple chances. Both finished the match with five shots, four each from inside the penalty area. Salter and Bent’s ability on the ball shone through during the match and created space for their teammates.

Mateo Restrepo was a key reason for the Wanderers keeping a clean sheet on Tuesday night.

Supported by partner Mohamed Omar – who made his first start for the Wanderers – the backline limited the Guelph attack to one shot on target and just six touches inside the Halifax box.

Another flawless night for the captain

Fresh off his 75th appearance for the club and another Team of the Week award, Andre Rampersad impact was all over the victory.

The captain led all midfielders in touches (86), and passes (completing 91% of them) He also led all Wanderers players in duels won, possession won and interceptions.

Rampersad has played every minute of every match for the Wanderers in 2022.

The Wanderers will host Major League Soccer side Toronto FC in the quarterfinals of the Canadian Championship. Details on the match including how to get tickets will soon be announced by the club. The club returns to CPL action on May 15 against Cavalry FC.